DC and Warner Bros. have established that all the DC TV Universe shows are separate from the cinematic universe, known as the DC Extended Universe. While I’ll always be a bit bummed out about the seperation, I’ve accepted the reality of it. What isn’t sitting well though is the constant restrictions that the film division seems to be putting on the television side, as early as the Smallville days.

For many known, but mostly unknown reasons, Warner Bros. Pictures have always been against the idea of having some of their major players like Superman, Wonder Woman, Batman, Green Lantern and more appear on any of their DC television shows while different versions of them are also on the big screen. There is always the classic argument of “Warner Bros. doesn’t want to confuse their audience with multiple versions all at once” – well that ship has already sailed. Because it’s more confusing why Superman can’t show up on his cousin’s TV show for at least a second where we actually see the man’s face. It makes less sense why we can’t have a Suicide Squad that was established on Arrow almost two years before the movie was even announced.

But as of late, we’ve begun to see even more restrictions, one strong example being the termination of the Suicide Squad on Arrow due to the Suicide Squad film that is set to come out on August 5. Season 3 marked as the beginning of the end for Task Force X in the DC Television Universe when Deadshot (Michael Rowe) was killed off, with several members also having been written off through their tie-in digital comics and now recently in Season 4, the death of Amanda Waller. Let’s also look at Supergirl – I by on means don’t need Superman to show up on her show as Kara Zor-El is doing an excellent job leading the show without her cousin.

But the core reason why we’ll never see him – at least in the next few seasons – isn’t only because the show is centered around her, but also due to the film executives not wanting another Superman in live-action while Henry Cavill plays the Man of Steel. The only “appearances” we’ve had of the Last Son of Krypton is a brief cameo in the pilot where we didn’t see his face, the third episode where he saves a Kara that just happens to pass out the minute he arrives and then through IM messaging. In an early episode, Clark promises Kara to not intervine with her job as National City’s protector as she wants to be able to handle this on her own without having her cousin in blue swoop in every time. 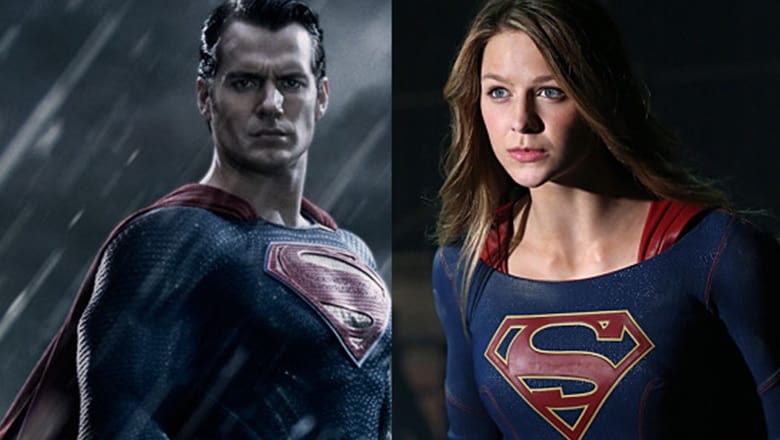 That’s a good way to have the series nor Kara rely on Superman while at the same time letting the viewers know that he is still part of her life. But there will be times when, from a logical story perspetive, it won’t hold up, for examle in episode 8 and 9 when Kara had to deal with her Kryptonian aunt Astra, her husband Non and at least 3-5 more Kryptonians. Do we really expect Superman to not break his promise to her and fly over to National City as back-up? No, the Man of Steel would regardless of what his cousin thinks, get over there as quickly as possible because one Kryptonian versus a group of them can’t end well. But because we have a film division that is simply not sharing, it’s a plot point that is just left unexplained. This is just one of many exaggerated restrictions that the DC TV franchise has to face.

We have had statements from the higher ups the television side is supposed to get to play with the bigger toys too, and not get as restrictied by the films as they have so far. Back in November last year, Variety ran a piece on WB president Kevin Tsujihara, DC Entertainment’s Diane Nelson, Geoff Johns and more where they stressed about films not triumphing over television anymore. That there was supposed to be this loosening up on letting television using some of the bigger DC characters too. So far, I have yet to see it and honestly, I’m not sure if we’ll ever get to a point where they do honor that statement.

The biggest question for me will always be “why?” Why can’t we have two actors playing Superman, Batman or Wonder Woman at the same time, for example, in TV and film? How is it threatining to the movies that Arrow uses the Suicide Squad at the same time as the films? I get that this business is all about money and that they want to make their financial wins on their franchises, but should that really be a reason for DC TV to not get to use the same characters? No, it shouldn’t – Warner Bros. Pictures and Warner Bros. Television are part of the same family, whatever is a win for one side, is a win for the rest.

In addition, wasn’t the whole point of seperating the two universes so that both creative sides could do what they wanted to do without having to be restricted or having to follow with what the other side is doing? Once agin, my hopes aren’t high because I have yet to see hints that the restrictions are going away, but stranger things has happened.

Those are my thoughts, but now I want to hear it from you: do you think DC Television should be allowed to use the bigger DC characters as well? Why or why not? Let us know in the comments below with your thoughts.