Wil Wheaton makes an appearance in the newest trailer for the highly-anticipated Arrowverse crossover, Crisis On Infinite Earths.

In the newest trailer for Crisis On Infinite Earths, we see Wil Wheaton holding up a sign that reads the following: “Prepare to meet they doom. The end of the world is nigh.”

You can see Wil Wheaton’s appearance in the new trailer for Crisis On Infinite Earths down below: 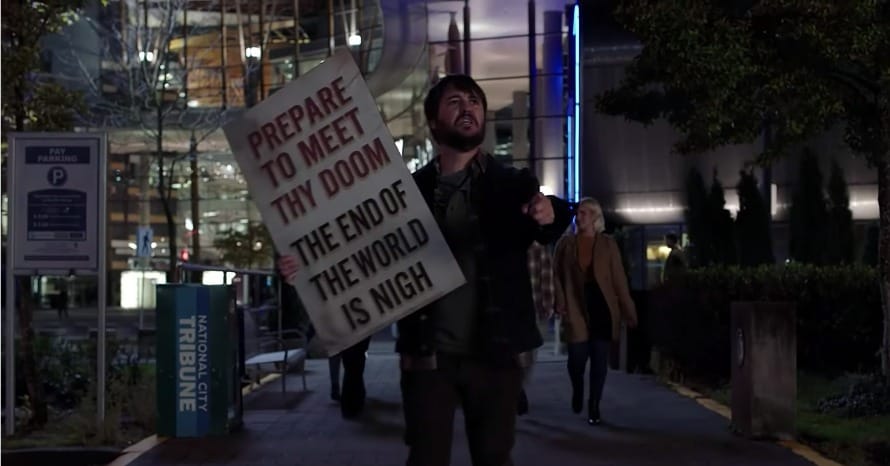 Wil Wheaton is highly-regarded amongst geeks for his roles in Star Trek: The Next Generation and the Stephen King classic film Stand By Me. Wil Wheaton is also no stranger to the world of DC Comics having voiced Aqualad in Teen Titans and Cosmic Boy in Legion of Super Heroes.

Wil Wheaton’s role in Crisis On Infinite Earths will likely be a fun little cameo for the actor, but it’s always fun seeing him pop up for things such as this highly-anticipated crossover. After all, this is shaping up to be the most ambitious crossover in the history of DC Comics television thus far.