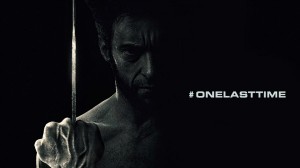 In a surprising turn of events, Hugh Jackman has revealed the official title for the previously untitled Wolverine sequel. The film will be called Logan, as evident by the first promotional poster as found in New York City today. The film’s title is completely different and unique, and this totally aligns itself with what both Jackman and the film’s director, James Mangold, have been saying from day one.

In addition to this, the film’s first official poster has been revealed in HD online by Mangold.

What is already the worst part of 2017? Going into James Mangold’s Wolverine 3 knowing it will be the last time we will see Hugh Jackman portray the iconic character. Despite the sheer sadness the film will provide, we have heard little to nothing about the movie’s plot or castings. The film has been wrapped in secrecy since it was announced. Little details have been revealed here and there, but nothing is for certain, as even the Mister Sinister rumour from a couple of months ago was recently shot down by Mangold himself.

A few days ago, Jackman revealed that the latest film would finally provide details within the next week, and one would assume this means a trailer for the rated R-movie. On his official Twitter, Mangold revealed “page two” of Wolverine 3‘s screenplay. While nothing is revealed, we do receive an excellent idea as to how this film is different to everything Fox has put out before. Just by reading some of the script, you can see inspirations from Shane Black’s writing with Lethal Weapon and Quentin Tarantino’s work in just about everything he handles. The text immediately asserts itself as a more mature interpretation of Marvel’s most iconic X-Man, something fans are dying to see.

Page two of our screenplay. pic.twitter.com/5X93NtWuVS