A new image from Gal Gadot’s Wonder Woman 1984 puts the spotlight on a flashback sequence in the movie.

With the new release date of Wonder Woman 1984 slowly approaching, Empire Magazine has revealed a brand new image from the highly-anticipated movie, giving fans a look at a flashback sequence featuring a young Diana Prince. In the photo, Diana can be seen competing in the Amazon Olympics, an important part of her upbringing in Themiscyra.

Speaking with Empire, Wonder Woman 1984 director Patty Jenkins explained the importance of the Amazon Olympics and why she loves these flashback sequences. Here’s what she told the magazine:

“What I love about the Amazon Olympics is everything that we got to really celebrate in the first movie. Here are these people who are incredibly powerful and capable, but different in how they approach things. If you’ve been training for hundreds of years because of an impending invasion, you’re going to be constantly working on all these skill sets. So, to me, every year, they would have these Olympics to see who’s doing the best on horses or swimming the fastest, and seeing new tricks people have figured out.”

You can check out the Wonder Woman 1984 image below. 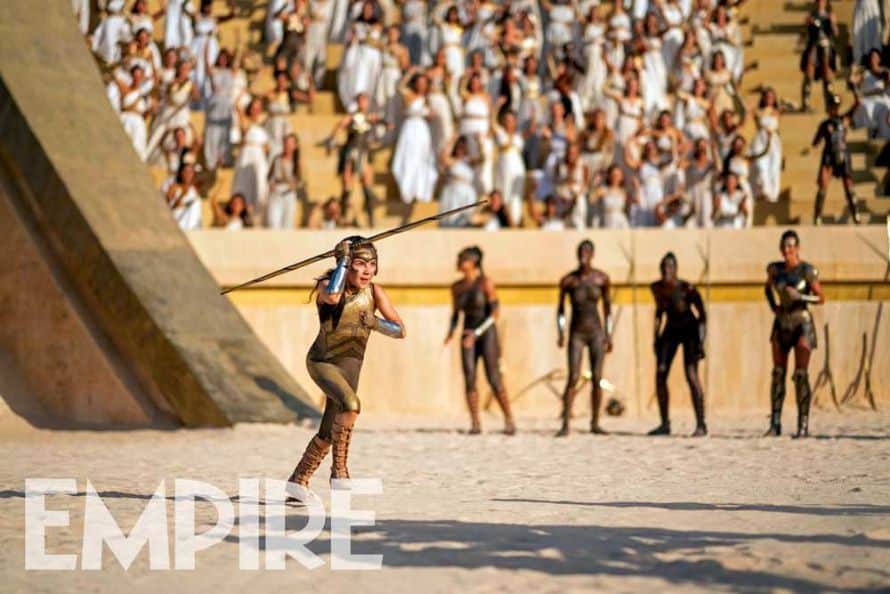 During the interview, Patty Jenkins also revealed that an animated series revolving around the Amazons is currently being considered along with a spin-off movie about the female warriors. There also plans for a Wonder Woman 1984 sequel with Gal Gadot back as Diana Prince.

“You’re enjoying the movie you’re making and also reflecting on what could be different or better in the [real] world. And therefore what story you want to tell. That’s the greatest thing to me about superhero stories. You’re able to have a dialogue about what a hero would be right now. So yes, I have ideas for what I’d like to say, and Gal does too.”

Wonder Woman 1984 is currently scheduled to be released in theaters on October 2nd, 2020. Stay tuned for all the latest news surrounding the DC Extended Universe and be sure to subscribe to Heroic Hollywood’s YouTube channel for more exclusive video content.