The artwork for the 4K Ultra HD Blu-Ray Steelbook release of Warner Bros. Pictures’ Wonder Woman has been revealed.

The Steelbook cover for the Patty Jenkins-directed film features a brand new image of Diana (Gal Gadot) leaping into action with her signature golden lasso in hand. The back cover depicts the Amazonian warriors, Diana’s mother Hippolyta (Connie Nielsen), Antiope (Robin Wright) and Menalippe (Lisa Loven Kongsli) on horseback, engaging the invading German soldiers. The inside features a familar poster image for the film of Diana deflecting a bullet in No Man’s Land and the signature Wonder Woman logo.

The Steelbook with include 4k Ultra HD Blu-Ray, Blu-Ray and Digital versions of the movie. No special features have been revealed at this time. The Wonder Woman Steelbook will be available exclusively at Best Buy, where it will retail for $34.99. You can pre-order it now from their website. An official home video release date has yet to be announced. 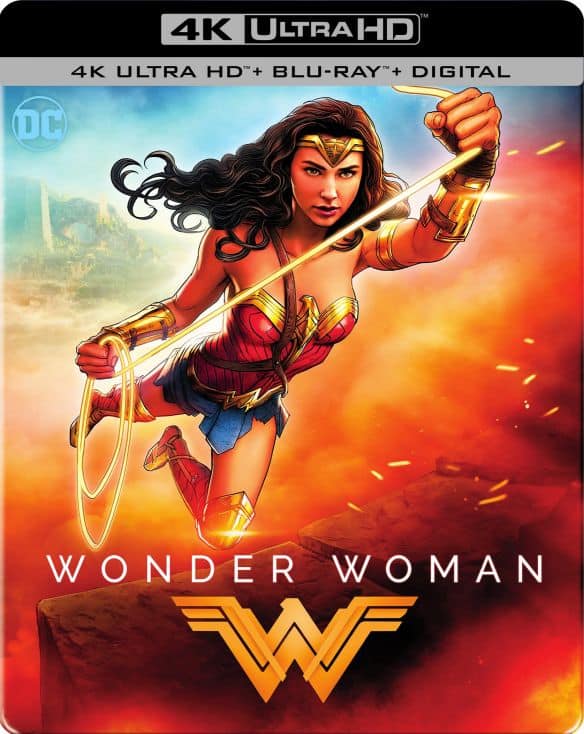 Wonder Woman is in theaters now.