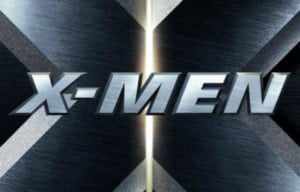 The X-Men films are pretty bizarre. They’re not the most popular or commercially successful or critically acclaimed. Bryan Singer’s first two films may have set precedents for the initial superhero blockbuster boom but they’re often eclipsed in popularity by Spider-Man 2 and The Dark Knight. What you might not know is that the history of the series’ production is as interesting as the films’ “plots” (using that word loosely). So rarely is a franchise at the center of so many seismic shifts in Hollywood. Before we dive into the list, let’s examine how we get to the list.

2004 saw one of the first volleys in the Marvel vs. D.C. film wars. That was when Singer jumped ship on the third film to direct Superman Returns. It was a fateful decision for both franchises. Matthew Vaughn, then an up-and-comer hot off his stylistic debut Layer Cake (starring some guy named Daniel Craig), was hired to direct. But the tight production schedule was too daunting and he dropped out, opening the door for Brett Ratner, a bro-ish and dull studio hire.

The ultimate irony was that, when Singer was forced to also drop out of directing X-Men: First Class in June 2010 after writing a treatment and developing the script, it was Vaughn who came back to save the day – with an even tighter schedule than the one he balked at in 2006. This time, the right combination of Singer, Vaughn and impeccable casting brought to life a retro X-film and the first that actually felt like the comics.

Vaughn is someone with a specific visual panache and, while it fit the low-expectations, soft-reboot nature of First Class, it was not surprising he’d be unexcited at the kind of filmmaking encouraged at studios a.k.a. the kind of filmmaking Singer excels in. When Vaughn departed to direct Kingsman: The Secret Service, 20th Century Fox turned back to Singer again to pull off the union of both trilogies’ casts in X-Men: Days of Future Past, a massive team-up clearly aping Marvel’s The Avengers.

Singer, like Kevin Feige at Marvel and Zack Snyder with D.C., is the through-line of the franchise and completely defines its weird Etch-a-Sketch-style of blockbuster, This is a franchise that opens during the Holocaust, in a Nazi concentration camp, before thrusting us into teen romance, Congressional hearings and Canadian cage fighting. Like I said, bizarre. Characters’ problems range from the relatable (Rogue) to the not-so-much (Wolverine).

The problem is these movies have never really been, shall we say, focused? And this lack of focus gives it no base of support. It’s basically the Marco Rubio of movie franchises. Ask somebody what a Marvel or D.C. film is, the answers will probably fall in the categories of “funny and colorful” for the former and “dark and epic” for the latter. Ask what an X-Men movie? Um, they face prejudice and, uh . . . they have powers? When your characters are little more than instruments for the action sequences, you end up with connective tissue that’s less connective and more just tissue. You get the impression some of these scripts consisted of note cards strung together.

Now without further ado, here my rankings for the six* X-films. Click Next below to start the list.

*I included X-Men Origins: Wolverine because studio interference made it as much the fourth X-Men film as a Wolverine spinoff (much to everyone’s despair). I did not include The Wolverine or Deadpool which only contain periphery aspects of the main X-Men series.