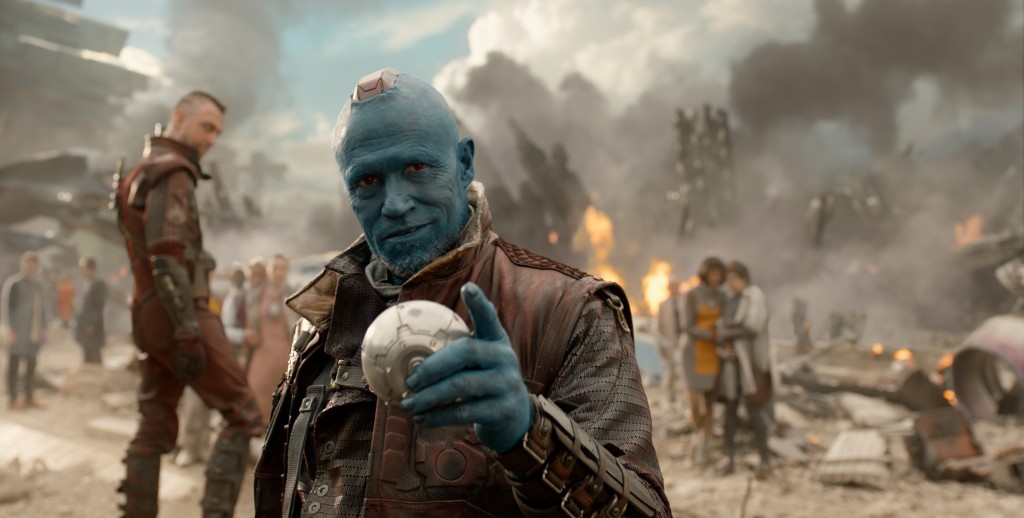 He doesn’t always get much credit for it, but Yondu (as played by Michael Rooker) is one of the more subtle reasons why Guardians of the Galaxy works so well. At least when giving us glimpses into the large and exciting universe presented to us. I would even argue his relationship with Chris Pratt’s Peter Quill pulls off a lot of stealth heart character work that makes me and many others even more excited about his inclusion in next year’s Vol. 2.

That said, it was easy to be cynical about Yondu’s look in the year leading up to Guardians, mostly because the Ravager boss himself is such a strange looking character in the comics, even by GOTG standards. Over the decades, Yondu has been visualized in a lot of absurd and different ways, usually with his staple bow and arrow or smoothed out red mohawk.

And it turns out making the character come to life for the movie was a dramatic process, as expected. On Instagram, James Gunn released some previously unseen concept art of Yondu by artist Andrew Kim, showing off the character in both a new visual style and new light.

As you can see, Andrew Kim envisioned a version of Yondu that seems a lot closer to some previous iterations of the character. It might not be for my taste, but I can see why this look was explored considering how it combines what makes the classic look so unique with a more modern, fleshed out take.

In the end, the filmmakers chose a more “space pirate” look and feel for Yondu and his Ravagers, which managed to fit in quite nicely with the rest of the movie’s atmosphere. But what do you think? Should we have gotten a more “traditional” version of Yondu like in this concept art, or did they make the right decision in the first place?