A new Young Justice: Outsiders image reveals the new Aquaman in the upcoming DC Universe revival of the series coming next year.

Spoilers for Young Justice: Outsiders ahead!

Young Justice has already seen Dick Grayson move on from the Robin mantle and become Nightwing with the five year time lapse in Invasion, and Outsiders will see a similar transformation with Aqualad. Created for the series by Brandon Vietti, Greg Weisman and Phil Bourassa, Kaldur was not only Aqualad and leader of the young superhero team but was later also revealed to be the son of Black Manta as well.

The first Aquaman film with Jason Momoa playing Arthur Curry hits theaters this week but Outsiders will see Kaldur become the new Aquaman in the upcoming season. In an interview with Entertainment Weekly, Wiesman talked about how the series has been leading up to this moment:

“We established back in season 1 that King Orin was training Kaldur to take his place as Aquaman. Aquaman was also King of Atlantis, which to most people would be a full-time job, and yet he also had to be in the Justice League as Aquaman, which was a lot on his plate. His game plan was to train Kaldur’ahm to be the new Aquaman so he could go back to being King of Atlantis, which was plenty. What you’ll see in this season is that after everything that’s happened in season 1 and season 2, and the leadership qualities that Kaldur has shown, Orin looks at Kaldur and says, ‘You’re ready.’ It’s a pretty momentous year for him.”

Entertainment Weekly also released the first look at Kaldur as Aquaman, which you can see below! 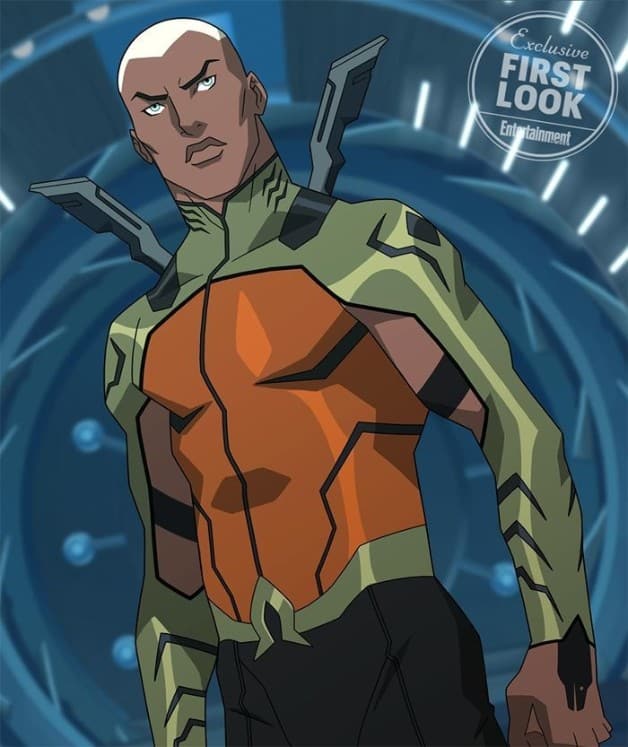 What are your thoughts? Would you like to see a live-action Kaldur appear in Aquaman 2? Comment below!

From Warner Bros. Animation, Young Justice: Outsiders features the return of the fan favorite animated series with a huge cast of DC’s most iconic young super heroes – plus brand-new characters, many of whom are just discovering their unique meta-powers and special abilities. Set against the backdrop of a rich, deep world that touches all corners of the DC universe, our heroes will face the new threat of metahuman-trafficking, and an intergalactic arms race for control of these super-powered youths.

The series will feature the voicing talents of Jesse McCartney as Dick Grayson/Nightwing, Khary Payton as Aqualad, Danica McKellar as Miss Martian, Nolan North as Superboy/Superman, and Alyson Stoner as Oracle.