Say the magic word and he appears! A new image from David F. Sandberg’s upcoming Shazam! film shows Zachary Levi suited up as Billy Batson and looking quite ready for a fight that looks like it’s brewing ahead. While the next installment in the DC Extended Universe is going through some additional photography at the moment, fans can rejoice and take in a new look at grown up Billy Batson.

The image, officially released today, shows Zachary Levi with a stern look on his face as adult Billy Batson faces down something, or possibly someone, in his path. Judging from the background behind Billy, this area looks similar to the winter wonderland that fans saw in the trailer shown at San Diego Comic-Con earlier this summer. Here, have a look in the image below: 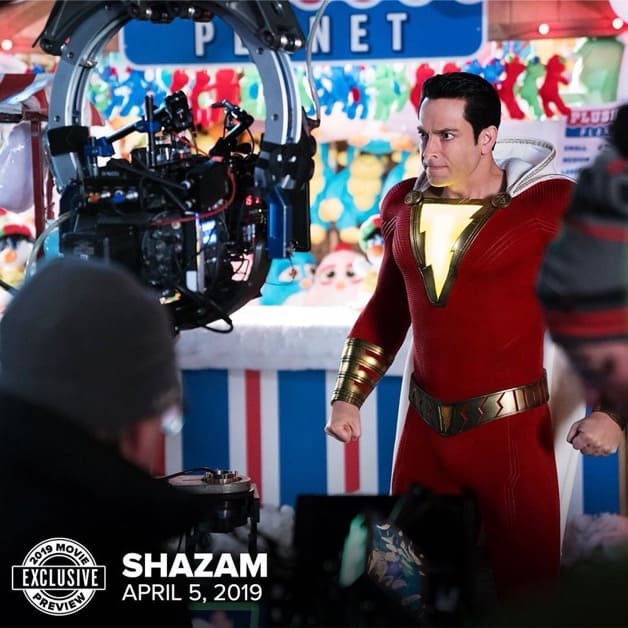 Zachary Levi indicated that a new trailer for Shazam! could arrive in the New Year, and this image is no doubt further going to wet fans’ appetites. What do you make of the new Shazam! image, though? Can you place it to a particular moment from the Comic-Con trailer? And what do you hope to see in a future trailer for the next DC film? Let us know your thoughts and your take on the image in the comments below.

In the meantime, here’s the official synopsis for Shazam!:

“Billy Batson is a streetwise 14-year-old who can magically transform into the adult superhero Shazam simply by shouting out one word. His newfound powers soon get put to the test when he squares off against the evil Dr. Thaddeus Sivana.”