Zack Snyder has been sharing BTS content of his work on the DC Extended Universe, including a look at Ray Fisher working out for his role as Cyborg.

Director Zack Snyder, who has made a habit out of uploading all sorts of DC Extended Universe bonus content to his Vero account, just posted a pic that showcases just how ripped actor Ray Fisher actually got for the role of Victor Stone, a.k.a. Cyborg. Half-machine, Victor Stone is something of a Frankenstein’s Monster as he works his way to understanding his place in a world of the heroes and villains in Justice League.

Zack Snyder unfortunately needed to leave Justice League due to a family tragedy, which led to Joss Whedon and the Warner Bros. making massive overhauls to the production. What we got was something of a watered down Snyder/Whedon hybrid (which goes together as well as toothpaste and orange juice), insulting fans of what Zack Snyder had been doing with the series and offering nothing as a way of bringing in a larger fan base.

Cyborg is one of the more tragic members of the Justice League team. Though much criticism came out of what the script decided to do (or not do) with the character, Fisher’s portrayal of what he was given was met with wide praise. See the photo below. 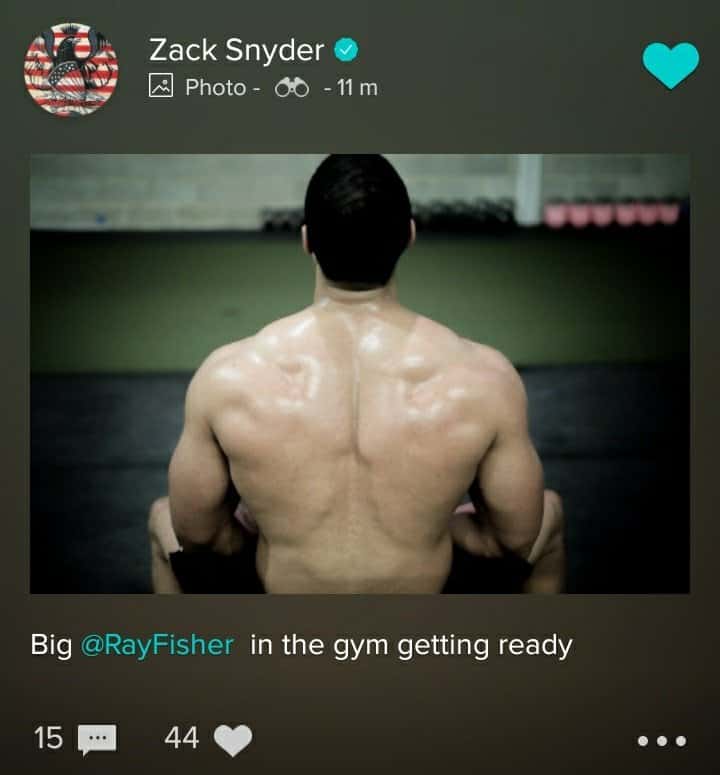 I mean, at a quick glance, that looks like an action figure, no?