Zack Snyder’s Justice League was filled with new, iconic moments and reveals that Snyder had been teasing for ages, like the inclusion of Darkseid or Martian Manhunter. Most of Snyder’s cut and scrapped moments made their way into the 2021 version of the film, except for one pivotal reveal that we know of: John Stewart. Snyder’s original vision for Justice League saw Ben Affleck’s Bruce Wayne meeting the Green Lantern John Stewart in the film’s finale. Snyder even went as far ahead as casting Wayne T. Carr as John Stewart for the DC project. Warner Bros. and DC eventually put their foot down and forced Snyder to cut the meeting between Green Lantern and Batman. Snyder considered scrapping all of Justice League but decided against it, changing Batman’s encounter with the Green Lantern to the Martian Manhunter.

Taking to Vero, Zack Snyder shared concept art of Bruce Wayne being visited by Green Lantern John Stewart. Set similarly to the scene seen in the theatrical cut, the concept art shows Wayne at his lake-side estate as he gazes at the cosmic hero. And in true Zack Snyder fashion, the concept art comes with a lengthy Joseph Campbell quote, discussing the importance of adversity and changing one’s perspective. 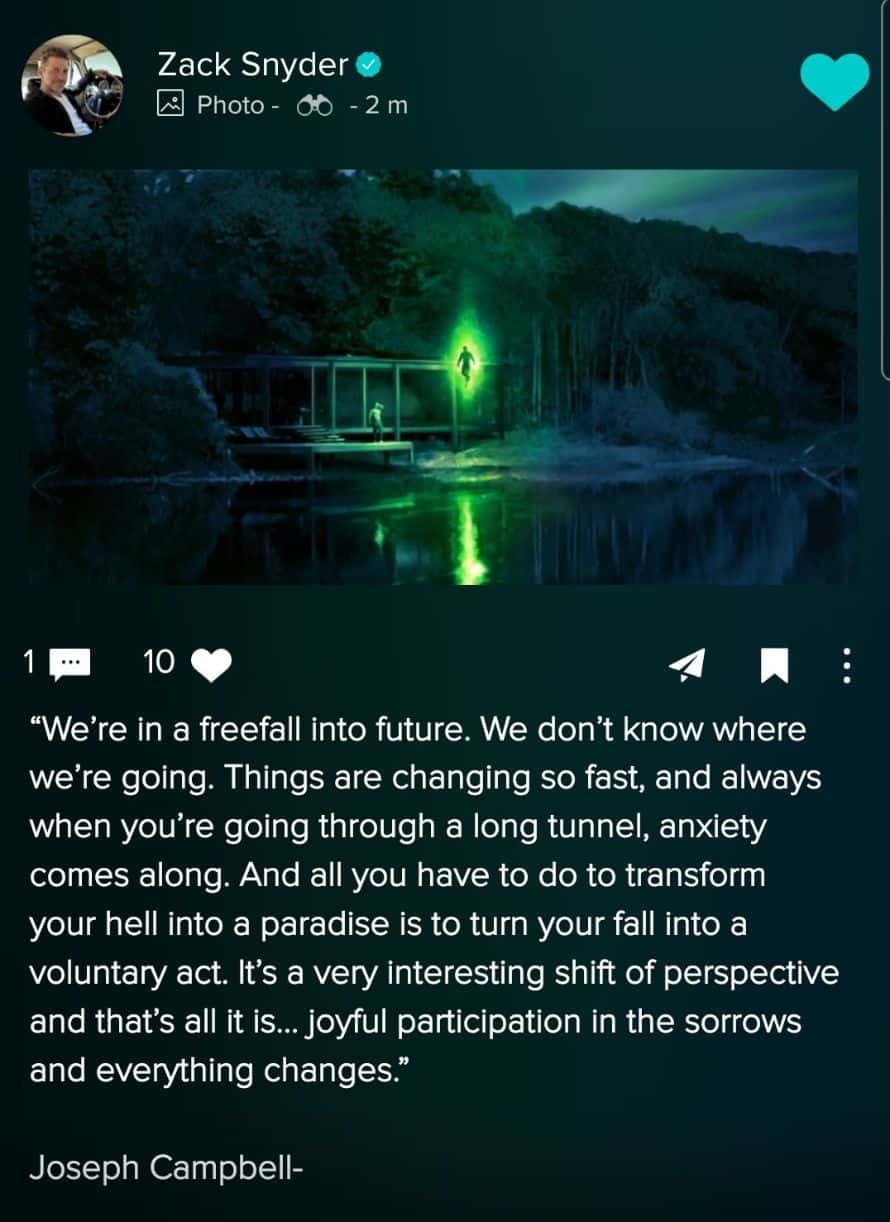 What are your thoughts on the Justice League concept art? Comment below and let us know!

Here is the synopsis for Zack Snyder’s Justice League:

The Snyder Cut is available on HBO Max. Stay tuned for the latest news regarding Batman and the future of the DC Extended Universe, and make sure to subscribe to our YouTube channel for more content!