Batman v Superman: Dawn of Justice hit theatres in March of this year, and since then, has remained heavily discussed. The Zack Snyder-directed film introduced fans to a brand new incarnation of Bruce Wayne/Batman, portrayed by Oscar Winner, Ben Affleck. While not as successful as Warner Bros. or DC Comics anticipated, the film is on its way to becoming a “cult-classic.” The Affleck starring movie has dominated home media following its release on DVD and Blu-Ray, a significant feat for a movie that, apparently, “bombed.”

The film’s director, Zack Snyder, who is busy at work editing his next DC Comics movie, Justice League, has shared a new image of Affleck’s “Knightmare Batman.” The costume, which sets itself apart from previous entries into the Batman mythology, was inspired by George Miller’s Mad Max. The costume appeared in a brilliant sequence which showed a possible future, in which, Henry Cavill’s Superman turned rogue. Of course, this inspired Batman’s motivation to pursue the threat of the Man of Steel.

The image below shows a close up on the battered and bruised chest of The Dark Knight, with a significant focus on the “Joker card” on Batman’s gun. Special thanks to Batman-News for the image. You can check it out below: 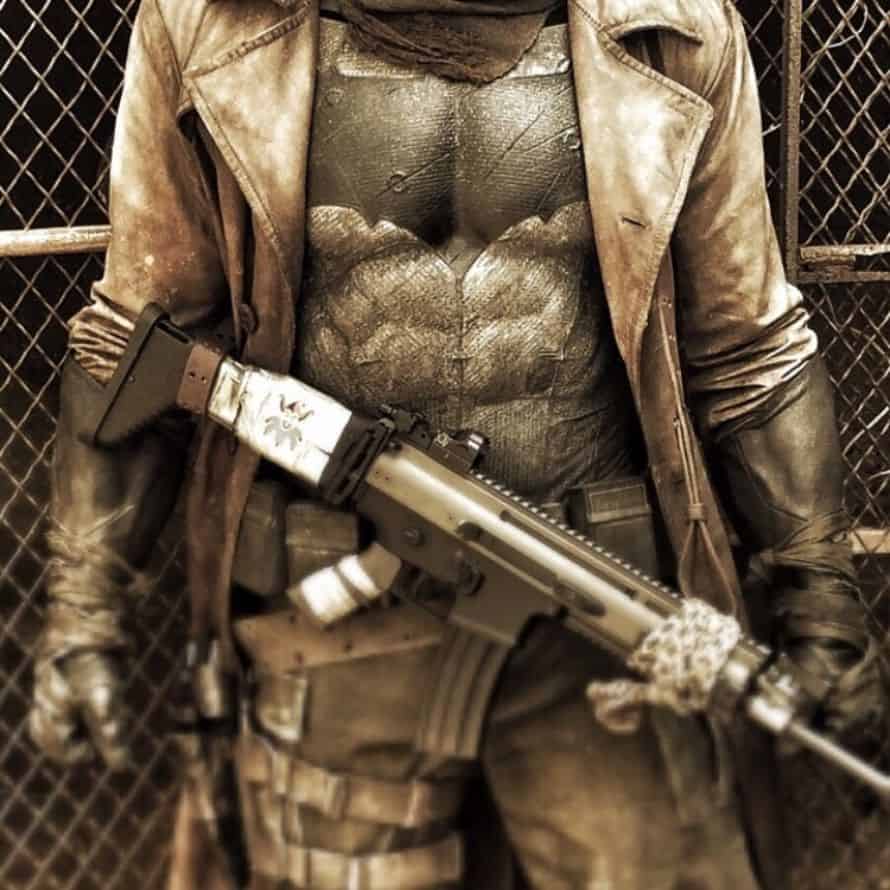 What do you guys think? Would you like to see the Knightmare costume return in a future DCEU movie? I know it is commonly said, but I would love a movie based solely on a dystopian-Batman kicking Parademon butt. If Snyder is showing us this image now, could the suit appear in another dream sequence in Justice League? Okay, maybe that is just wishful thinking.

You can check out Batman V Superman: Dawn of Justice on DVD and Blu-Ray now, while Justice League hits theatres everywhere on November 17, 2017. Stay tuned for more news regarding the DC Extended Universe!