The upcoming Justice League film, which will be the first time all of DC’s heroes have been on screen together, is wrapping up post-production. Today, Zack Snyder has taken to Vero to share a new look at Batman’s upgraded Batmobile for the film.

The caption by Zack Snyder reads “Upgrades…what are you worried about Wayne,” yet as the only entirely human character on the League, he may indeed have some worries. You can check out the photo below. 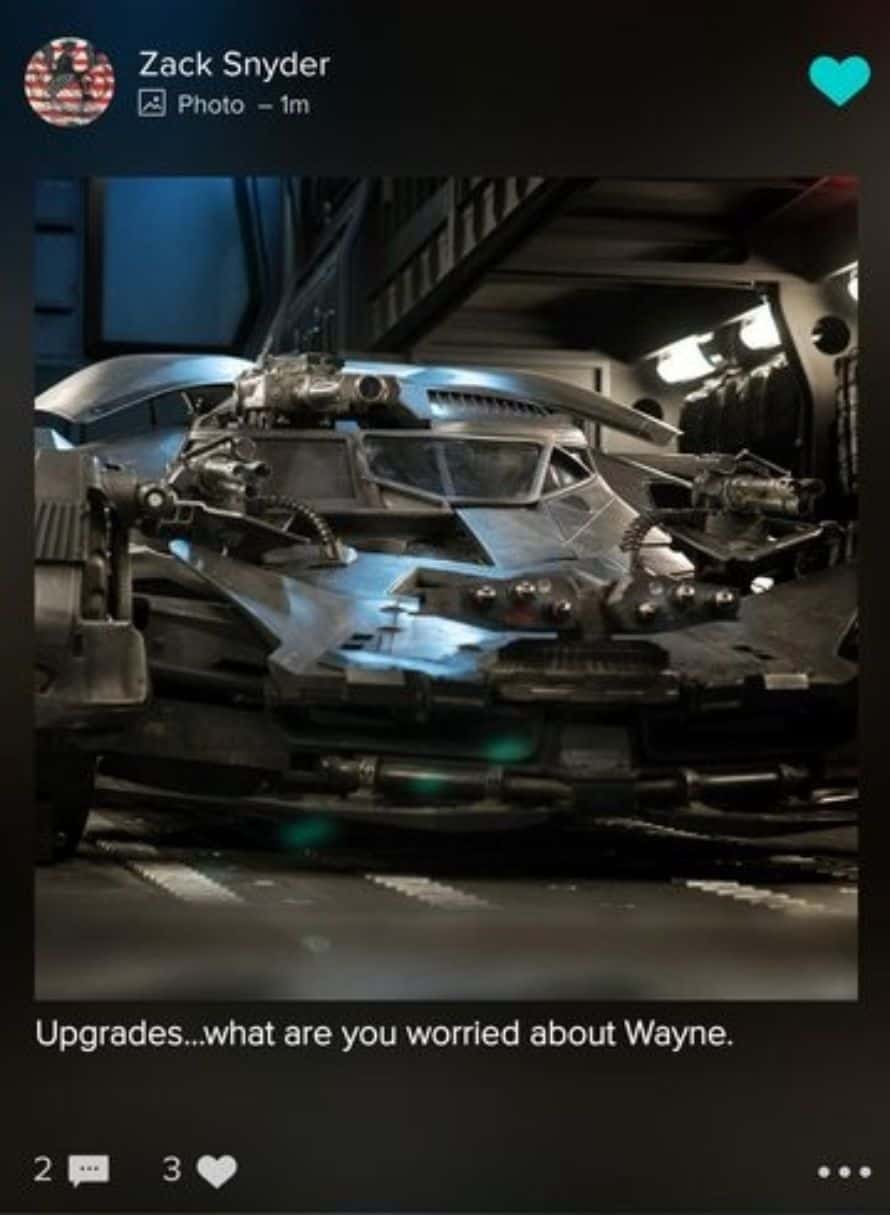 The Batmobile looks to be sporting some new and increased weaponry, continuing to fly in the face of Batman’s no gun policy. Yet I suppose we can make the case that an alien threat would certainly require a bit more than fists. Justice League‘s production designer even stated the car would be receiving machine guns, cannons, and missile launchers.