When Lex Luthor greeted Joe Manganiello’s Deathstroke on a yacht in the post-credits scene of Justice League, telling him that they needed to form a league of their own in response to the formation of the Justice League, Luthor left out one key detail: that yacht most certainly did not belong to him. Sure, Luthor could probably afford several, but for this film? Nah, the owner behind the yacht was Zack Snyder himself.

Over on Vero, Zack Snyder, in response to an exterior shot of the yacht in the Justice League post-credits scene, indicated that while the boat used was indeed his, he doesn’t know who shot this specific moment itself. Have a look at Zack Snyder’s response to the image below: 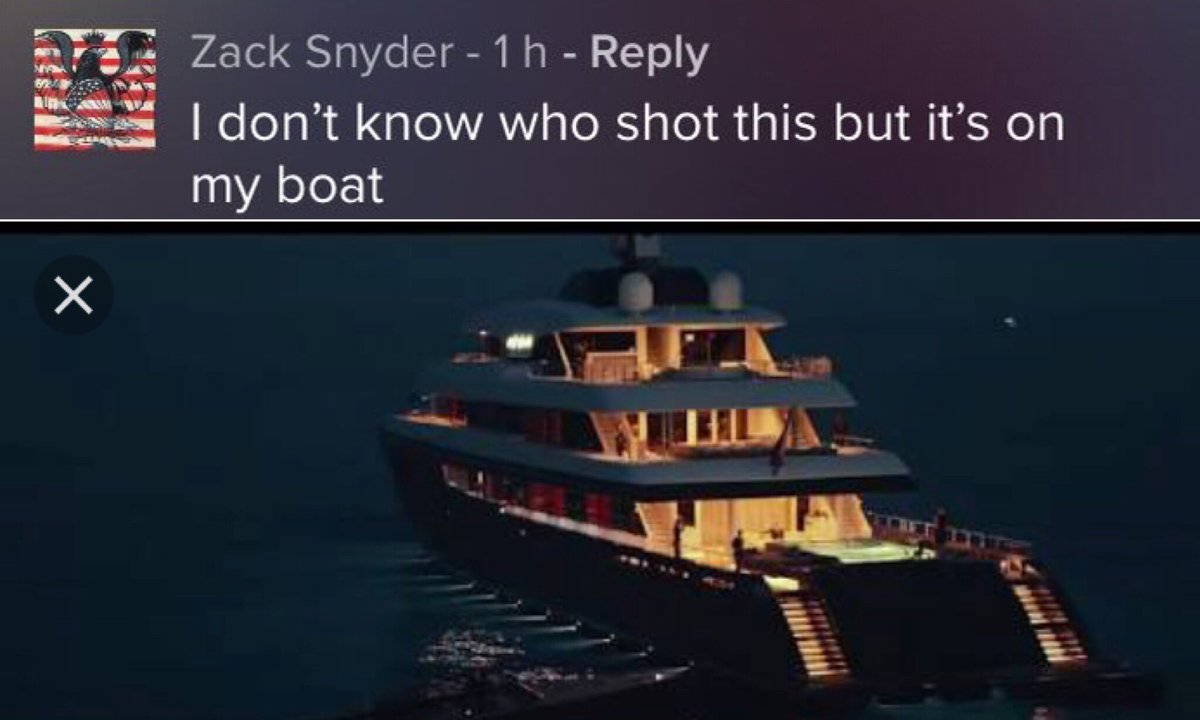 Given that Zack Snyder has acknowledged before that he has not seen the theatrical cut of Justice League, it makes sense that he would have an eye for scenes that he himself shot versus those done during the reshoot phase. Though we do know from previous reports that it’s noticeable which parts of this specific Justice League scene were shot by Zack Snyder himself. At the very least, it shows that Snyder knows how to travel in style while on the seas.

What did you think of the post-credits scene in Justice League? And since Zack Snyder didn’t shoot this specific shot, who do you believe did? Let us know your thoughts in the comments below.