Marvel’s Absolute Carnage comic event series includes a direct reference to one of the most emotional lines of dialogue from Avengers: Endgame.

The first panel of Absolute Carnage #3 depicts Miles Morales falling into the hive mind of Carnage. Along with this still of Miles falling, we see Eddie Brock delivering his own inner monologue as he reflects on losing Miles, specifically uttering these four unforgettable words: “I lost the kid.”

You can see the still from Absolute Carnage #3 referencing this line from Avengers: Endgame down below: 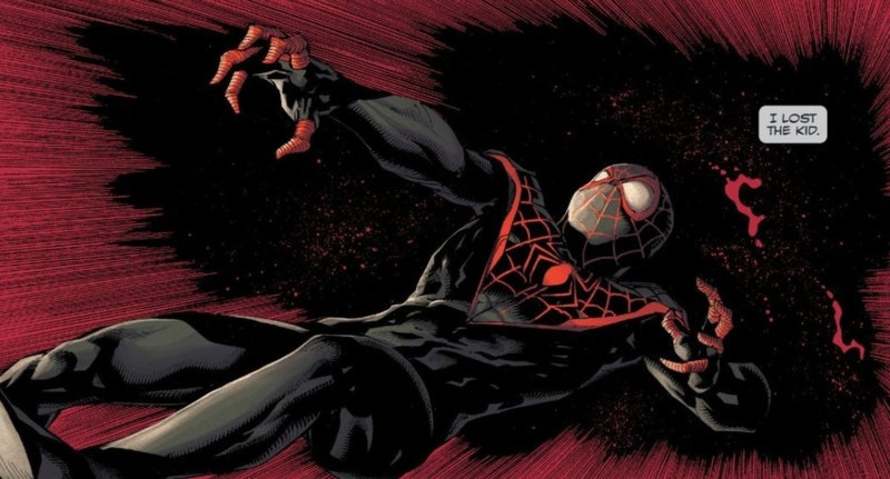 Absolute Carnage’s use of “I lost the kid” is a direct reference to one of the most emotional lines of dialogue from Tony Stark/Iron Man (Robert Downey Jr.) in Avengers: Endgame. When Carol Danvers/Captain Marvel (Brie Larson) rescues Tony and Nebula (Karen Gillan) and brings them to Avengers HQ, Pepper Potts (Gwyneth Paltrow) and Steve Rogers/Captain America (Chris Evans) attempt to comfort Tony, to which he tells Steve that he “lost the kid,” referencing how he lost Peter Parker/Spider-Man (Tom Holland) after the battle on Titan against Thanos (Josh Brolin).

“I lost the kid” was also used in countless memes in reference to the recent divorce between Sony Pictures and Marvel Studios regarding the usage of Tom Holland’s Spider-Man in the Marvel Cinematic Universe.

The fact that Absolute Carnage #3 directly references Tony’s line from Avengers: Endgame is already exciting, but the fact that it is associated with Miles Morales’ Spider-Man is another clever parallel. This is due to the fact that both Tony Stark and Eddie Brock are dealing with the guilt of losing the webhead in their lives.

What do you make of this reference to Avengers: Endgame in Absolute Carnage #3? Sound off in the comments below, and be sure to continue following Heroic Hollywood for all the latest news regarding Marvel Comics such as Absolute Carnage.