Skip to content
by Noah Villaverde on June 3, 2016
Previous1 of 11Next 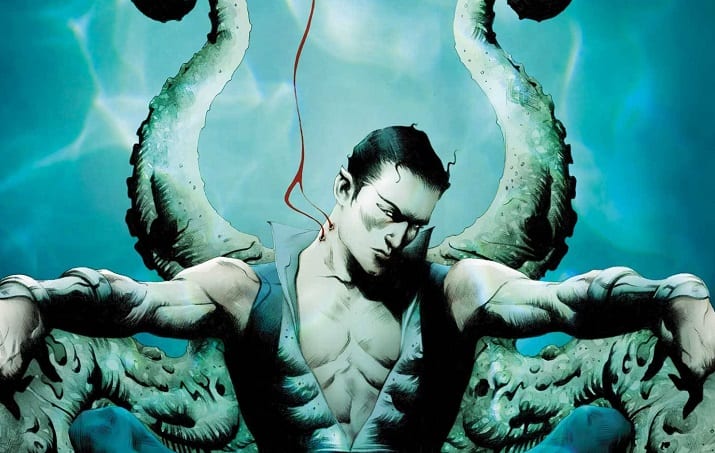 Recently, during an appearance on Kevin Smith's Fatman on Batman podcast, Marvel Entertainment's  former Chief Creative Officer Joe Quesada announced that the film rights for Namor have reverted back to Marvel Studios.  Before this occurred, there were plans to bring the Sub-Mariner to the big screen at Universal nearly a decade ago. But alas, no cameras rolled.

Namor joins his fellow Marvel characters among the likes of Blade and Ghost Rider - characters who have not been implemented into the current Marvel Cinematic Universe as we know it today. Despite this, fans are still clamoring to see what Kevin Feige and his team could bring to them. Currently, Marvel has no plans for the onscreen futures of these heroes, but thanks to their ownership, it's probable that we will see iterations of them in the future.

With Namor now officially on board for big screen potential in the MCU, this marks a wonderful opportunity for the studio to cast an Asian actor in a significant role. As a Filipino-American, I advocate for Asian representation in major Hollywood productions. It's great to see Asian actors and actresses speaking out against the whitewashing and erasure of Asians in cinema that has been going on since the early days of the industry.

However, it's a bit unfortunate that this discussion became more apparent in recent months due to certain circumstances. During February's Academy Awards ceremony, much discussion was brought on the #OscarsSoWhite controversy in which for the second year in a row, all 20 acting nominees lacked a single person of color. Host Chris Rock nailed the introduction, addressing the subject in both an entertaining and eye-opening manner. Unfortunately, the ceremony crossed the line when Rock brought out three young Asian children onstage who posed as bankers for PricewaterhouseCoopers, with Rock addressing inevitable complaints:

If anybody’s upset about that joke, just tweet about it on your phone that was also made by these kids.

In that particular moment, the important message of diversity and getting a seat at the table was somehow canceled out. This frustrated me along with my fellow Asian-Americans in the industry. Our backlash against the joke led to 25 Academy members of Asian descent signing a letter in protest of the jokes made at the ceremony.

Chris Rock is absolutely on the money when expressing the much-needed opportunities for black actors and actresses, but that joke encapsulated the already-difficult experience that Asian actors and actresses have had for many years. Do not go preaching about the importance of diversity only to make a joke at the expense of a minority group that gets often rejected from both leading and supporting roles in film.

And of course, the discussion of Asian representation in film catapulted to another level when in April, the first trailer for Doctor Strange featuring Tilda Swinton as The Ancient One and the first image of Ghost in the Shell featuring Scarlett Johansson as Motoko Kusanagi were revealed within days of each other. That one-two punch nearly two months following the Oscars angered many and brought the subjects of both representation and whitewashing to the table once again.

Whenever this discussion comes up, some would try to avoid the conversation and often use a blanket statement along the lines of, "I don't care about the race, just choose the best person for the role." In an ideal world, that would be the case. Unfortunately, whenever a statement like that is used, it utterly dismisses the sentiments of the many frustrated Asian-American actors and actresses who continuously get rejected from these opportunities.

I must emphasize that diversity in both film and television is not a matter of "social justice" but rather the idea of empathizing with someone who may or may not look like you. As a child raised in America by Filipino-born parents, they've shown me movies that had heroes who have influenced me just as much as my own friends and relatives. Examples included Bruce Wayne, Peter Parker, and Luke Skywalker to name a few. To this day, I look up to these characters regardless of their race and/or gender. With more diverse characters, kids today can now look up to heroes such as Black Panther, Rey and Finn from The Force Awakens, and Wonder Woman. That is the beauty of heroic storytelling: grasping a further understanding of what defines us as human beings.

Thankfully, awareness continues to be promoted among the Asian-American community, and we are taking steps to further the cause. In August, we will see Karen Fukuhara in her big screen debut as Katana in Suicide Squad - which features the most diverse cast in a modern comic book movie. LucasFilm has Rogue One: A Star Wars Story coming in December with Donnie Yen and Jiang Wen apart of the film's main ensemble. Continuing within the realm of Star Wars, Episode VIII will feature newcomer Kelly Marie Tran as a prominent character in the narrative.

Progress continues every day through small steps, but in the case for Namor, I firmly believe that this could be an opportunity to take a giant leap for pop culture as a whole. Among these 10 actors, Marvel can do something really significant and special for the Sub-Mariner's debut in the MCU.

Check the gallery of actors below. 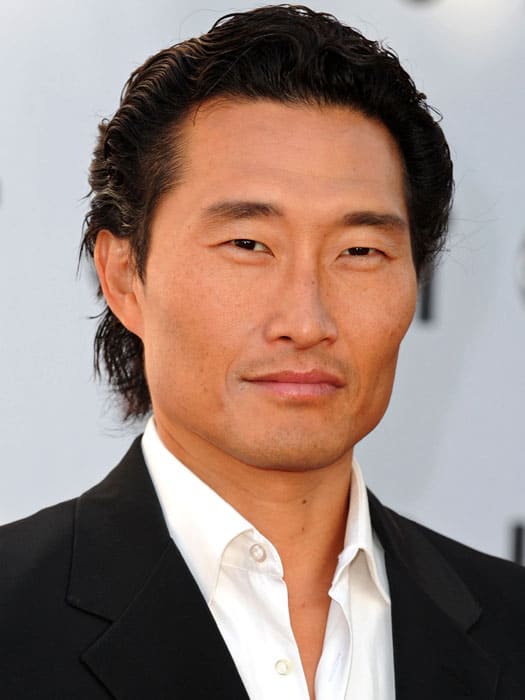 You may recognize Daniel Dae Kim from the hit series Lost, where he portrayed Jin-Soo Kwon. Kim also has comic book film experience having appeared in Ang Lee's Hulk and Sam Raimi's Spider-Man 2. He was most recently featured in both The Divergent Series: Insurgent and Allegiant.

Kim responded to a tweet fan-casting him in the role. He seems like he'd jump at that opportunity.

I sincerely hope so to, Daniel. 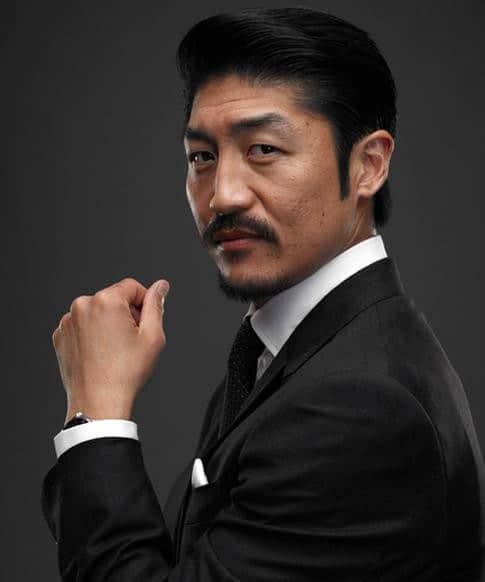 Brian Tee has blockbuster experience, having appeared in Justin Lin's The Fast and the Furious: Tokyo Drift (Tee won't be the only F&F alum in this list). He also recently appeared in The Wolverine and Jurassic World. You can see Kim in theaters now in Teenage Mutant Ninja Turtles: Out of the Shadows as the turtle's iconic villain, Shredder. 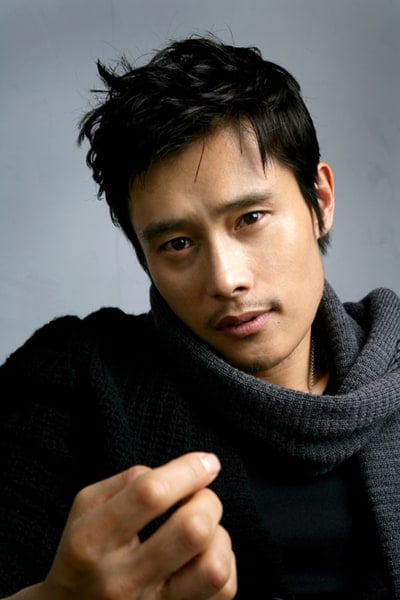 Fans will instantly recognize him as Storm Shadow from G.I. Joe: Rise of Cobra and G.I. Joe: Retaliation. Lee Byung-hun was also seen in Terminator: Genisys as a T-1000. He will next appear in Antoine Fuqua's remake of The Magnificent Seven this September. With his action experience, Byung-hun would be a great fit for Namor. 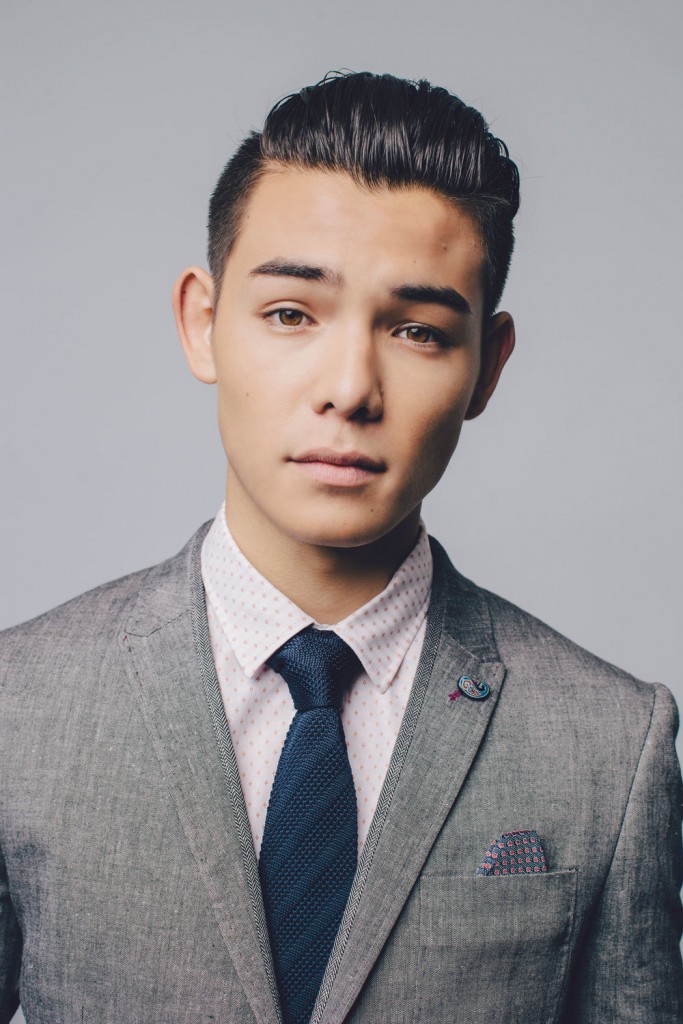 If Marvel is willing to go younger for Namor, Ryan Potter would be a great candidate. Potter starred in the Nickelodeon series Supah Ninjas and also voiced Hiro Hamada in Disney's Big Hero 6. If you were to ask me, if Tom Holland didn't bag the Spider-Man role, Potter could have made an interesting Peter Parker. 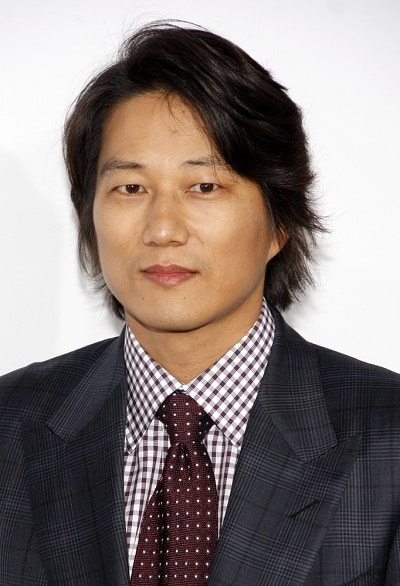 Everyone remembers Sung Kang from his appearances as the oh-so cool Han from F&F series in Tokyo Drift, Fast & Furious, Fast Five, and Fast & Furious 6. I may be biased, but he was definitely my favorite member of Dominic Toretto's "family." His involvement in the famous action of those films would be excellent for Marvel to take under consideration. 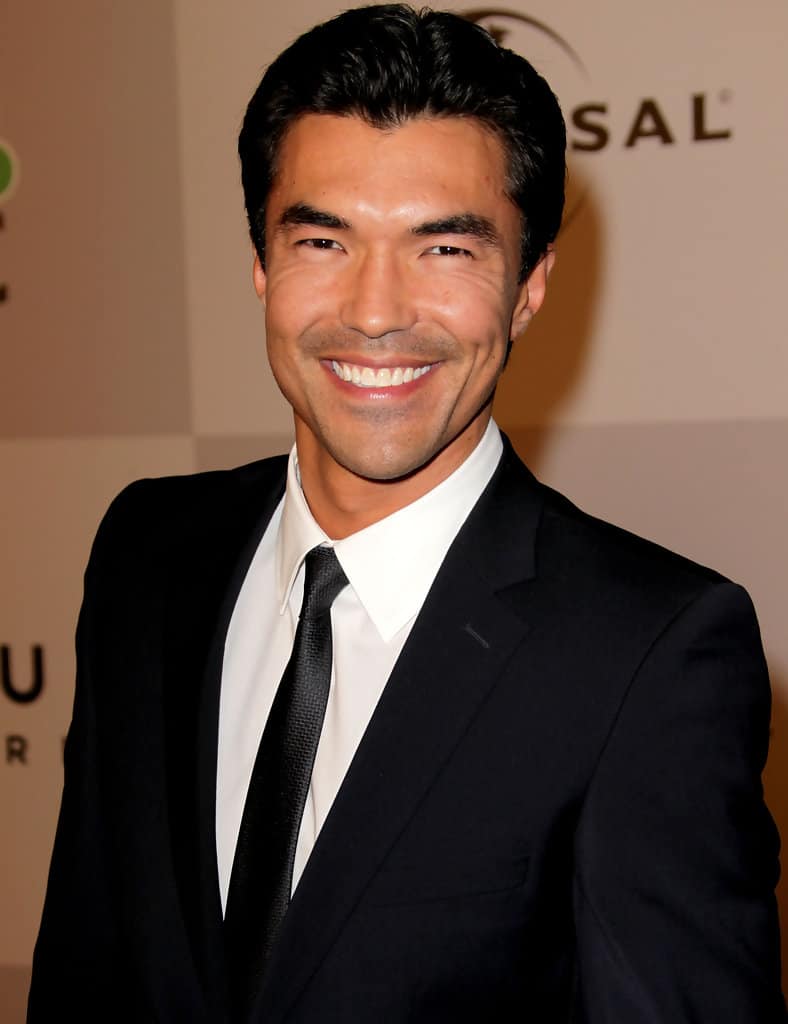 Ian Anthony Dale is mostly recognized for his roles in the TV series Hawaii Five-0 and Murder in the First. He also had minor roles in The Bucket List, The Hangover and Tekken. Playing Namor would be his ticket to breakout in the public consciousness. 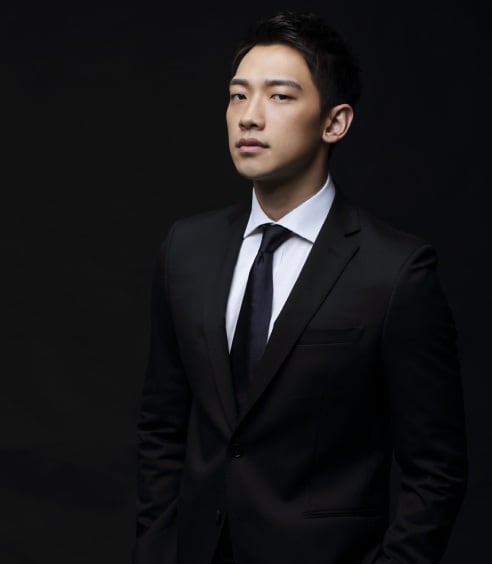 Although he's mostly recognized as a popular musician in South Korea, he has acting experience from both his home country and also in America. He made his American film debut in the Wachowski's Speed Racer and played the lead role in Ninja Assassin. With all the talent he possesses, if Rain were to play Namor, it would be a bold decision on Marvel's part. 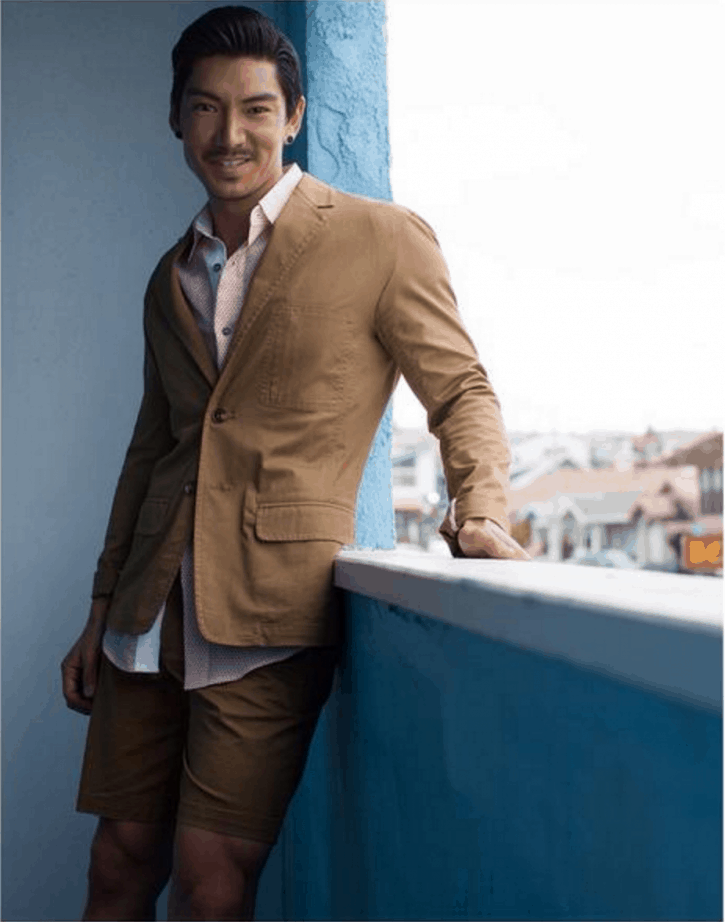 Jonathan Stanton has appeared in CSI: Crime Scene Investigation and Castle in episodic roles. He recently finished work as a lead in a short film, titled The Scuttlebutt Assasins. 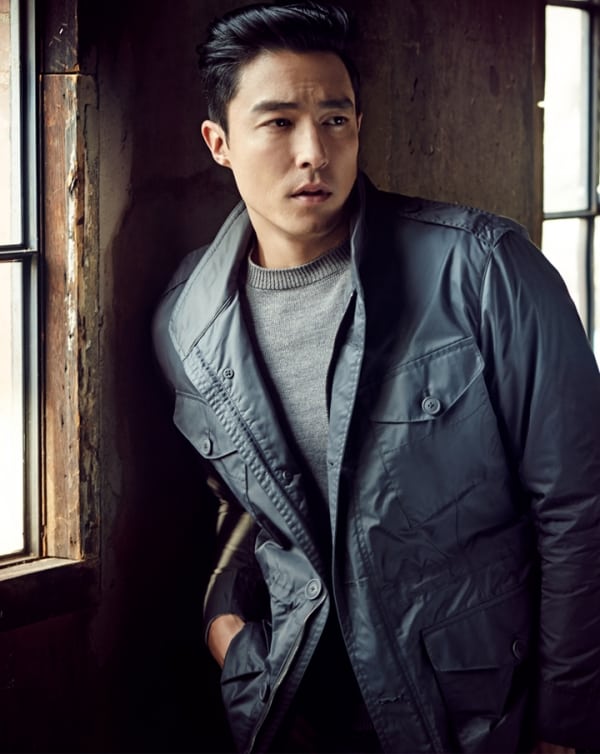 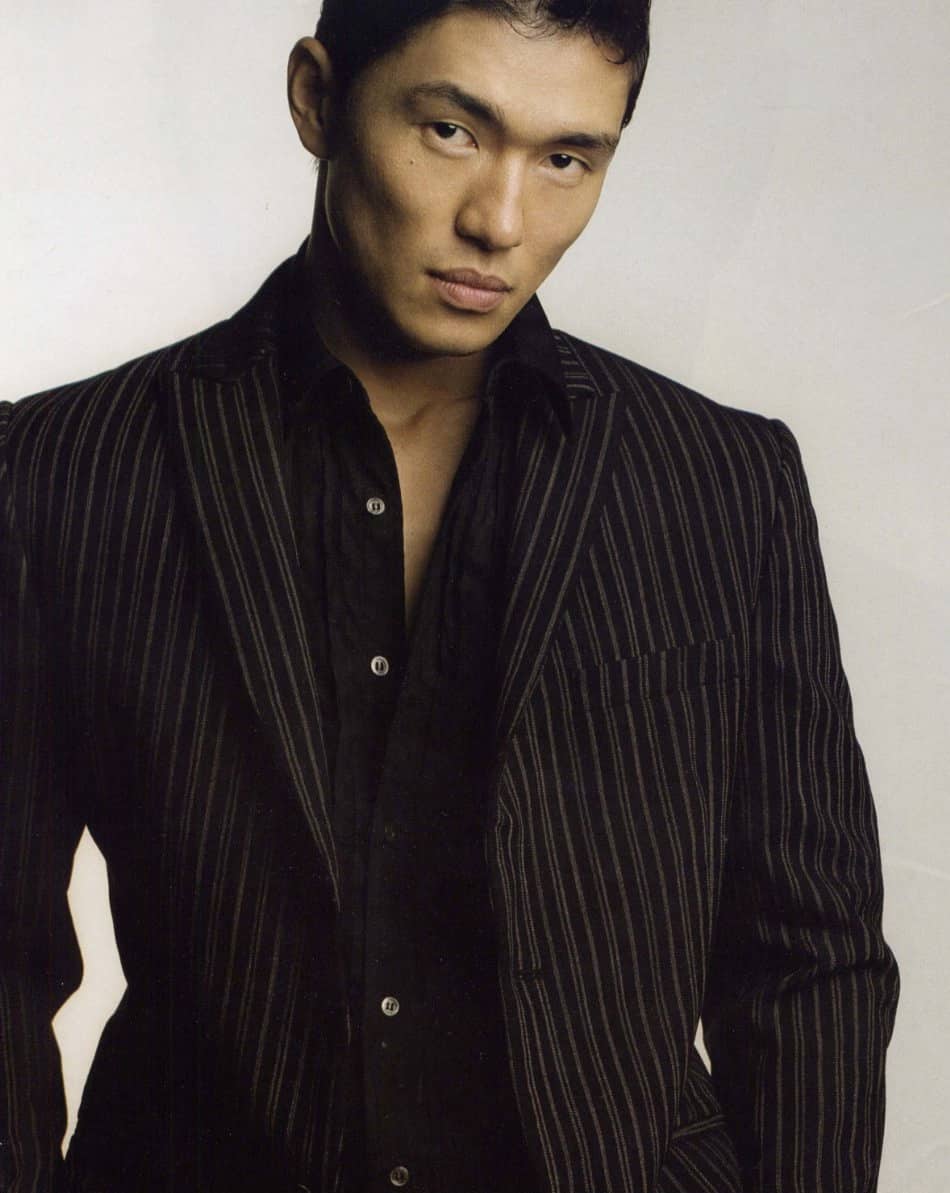 And last but not least, another F&F alum! That franchise deserves more thanks for the amount of diversity it promotes on a blockbuster level. Rick Yune was an antagonist in the original The Fast and the Furious and also appeared in the Brosnan-era James Bond film, Die Another Day. He can be seen in the series Marco Polo, currently streaming on Netflix. Hmm... Imagine if Marvel decides that a TV series is the way to go for Namor. That would be an interesting way to go, and Yune can add a distinct dynamic whether on the small screen or the big screen.