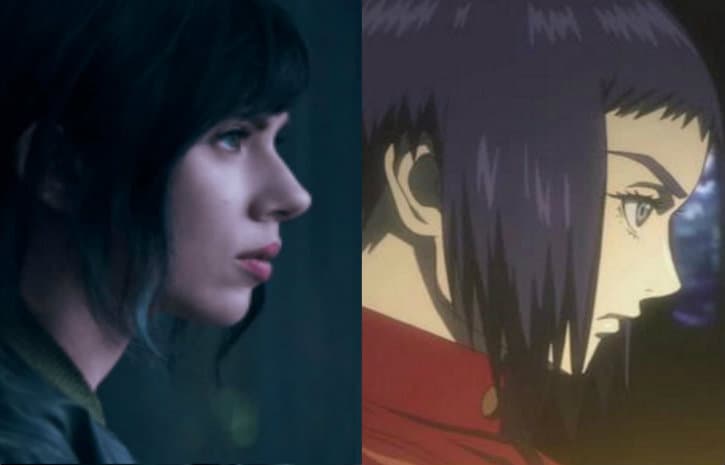 Whitewashing characters isn’t new. John Oliver did a whole bit about it on Last Week Tonight in response to this year’s #OscarsSoWhite controversy. The casting of Zoe Saldana, a Dominican-American actress, as Nina Simone in the biopic Nina ruffled feathers including acclaimed Atlantic writer and new Black Panther comic scribe Ta-Nehisi Coates. And just recently, Finn Jones’ casting as Danny Rand aka Iron Fist in his titular upcoming Netflix/Marvel series and the team-up The Defenders upset some fans who wanted an Asian superhero represented for the first time, both in the MCU and on-screen in general.

It’s not a trend that appears to be reversing as another kerfuffle occurred this week when the first photo of Scarlett Johansson as the lead character Motoko Kusanagi aka The Major showed up online for the Hollywood adaptation of the Japanese anime Ghost in the Shell. The key words in that sentence are “Hollywood adaptation,” which translates to: the list of Asian actresses the major American studios feel comfortable with toplining a $100+ million blockbuster is nonexistent. This is not an excuse but a reason. A racial reason to be sure but a reason nonetheless.

It’s this point that Agents of S.H.I.E.L.D. actress Ming-Na Wen tweeted about yesterday in response to the photo’s release.

Nothing against Scarlett Johansson. In fact, I'm a big fan. But everything against this Whitewashing of Asian role.😒 https://t.co/VS6r6iish9

Getting upset about it is the righteous thing, I agree, but here’s the reality: Hollywood studios make and market films primarily to white people. All the corporate decisions are made primarily by white people. Therefore, it should not be surprising that this keeps happening. It’s like getting mad at a monkey for throwing his feces. Chris Rock said it best at this year’s Oscars, “You’re damn right Hollywood’s racist.”

Once again, a reason, not an excuse. Of course there should be an Asian superhero and a Hispanic superhero and a gay superhero etc. For all the people who grew up as a kid, like me, looking up to Spider-Man, to Batman, to Superman for inspiration, I want that power for everyone else, everyone who feels excluded or marginalized. That is the message of superheroes and it should be a universal one reflected our big-screen heroes.

To be sure, there is progress to be proud of (have Jessica Jones or Black Panther ever have been as popular as they are today?) but we fanboys should remember how important it is for us to see ourselves represented by the heroes we see on screen and to share that opportunity with as many as possible.

One thing is for sure: nobody is stopping Ghost in the Shell from hitting theaters March 31, 2017.