A bloody new photo of Amazon’s The Boys teases the carnage of the upcoming second season.

There’s still over a month and a half to go until the second season of Amazon’s The Boys season two arrives on the streaming service, but a gory new image from the next batch of episodes shows things aren’t going to get any easier for the team. The first season gripped audiences with its violent critique of superheroes, and it looks like that’ll only continue to get even more bloody when the second season rolls around.

The new image of the the team comes from Entertainment Weekly, who spoke to The Boys cast about season two. The article teased reason why the team are covered head to toe in blood has something to do with a whale. Given that the recent teaser for the second season briefly showed Karl Urban’s Billy Butcher crawling out of what looks like a whale carcass, it’s unsurprising that the rest of the team are also covered in guts. Take a look at the new photo below. 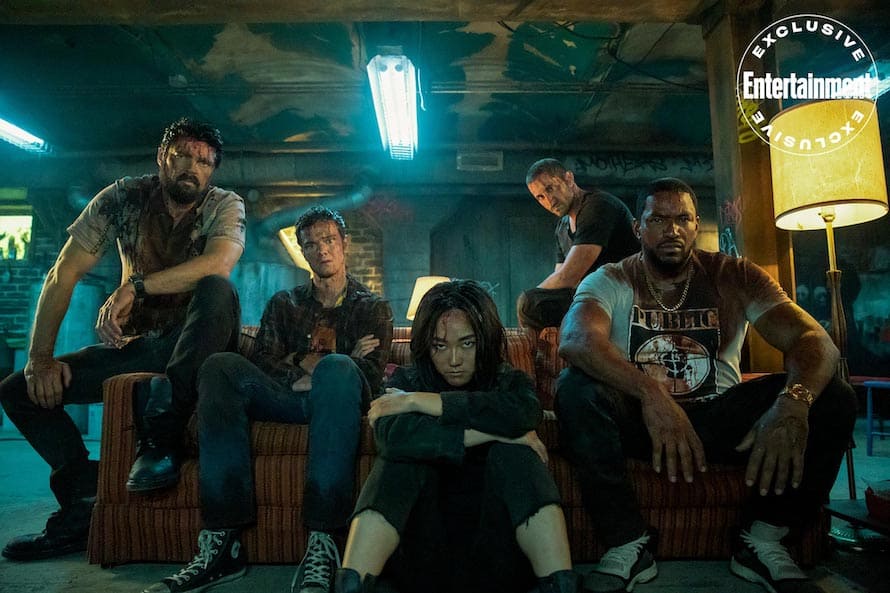 Are you excited for The Boys season two? How do you think the team will cope with new superheroes? Sound-off in the comments below!

Here is the official synopsis for the second season:

The Boys season one is now available on Amazon Prime Video. Stay tuned to Heroic Hollywood for all the latest news surrounding The Boys season two and subscribe to our YouTube channel for more content!