In a recent post, someone shared “Arthur’s Guide To Atlantis” from the upcoming film, Aquaman, which gave us our best look yet at Willem Dafoe’s character, Vulko. 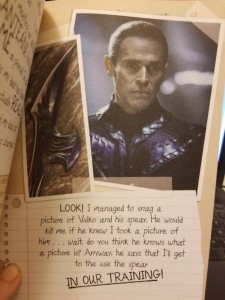 From the look of things, Defoe is going to take on the stern mentor role in the upcoming film.

What do you all make of this reveal? Are you looking forward to seeing Willem Dafoe as Vulko? Would you rather have seen him back as The Green Goblin in Spider-Man? Let us know what you think in the comments below!

Aquaman will be released in US theaters on December 21, 2018.