Power Rangers star Ludi Lin was added to the cast last year, and although we have not seen the actor’s likeness in any of the promotional material as of late, we do have confirmation from Lin himself that his character Murk appears in the extended look, where Murk is shown bashing through the walls as he chases down Mera.

Lin confirmed this on his official Instagram story. You can see the screenshot down below: 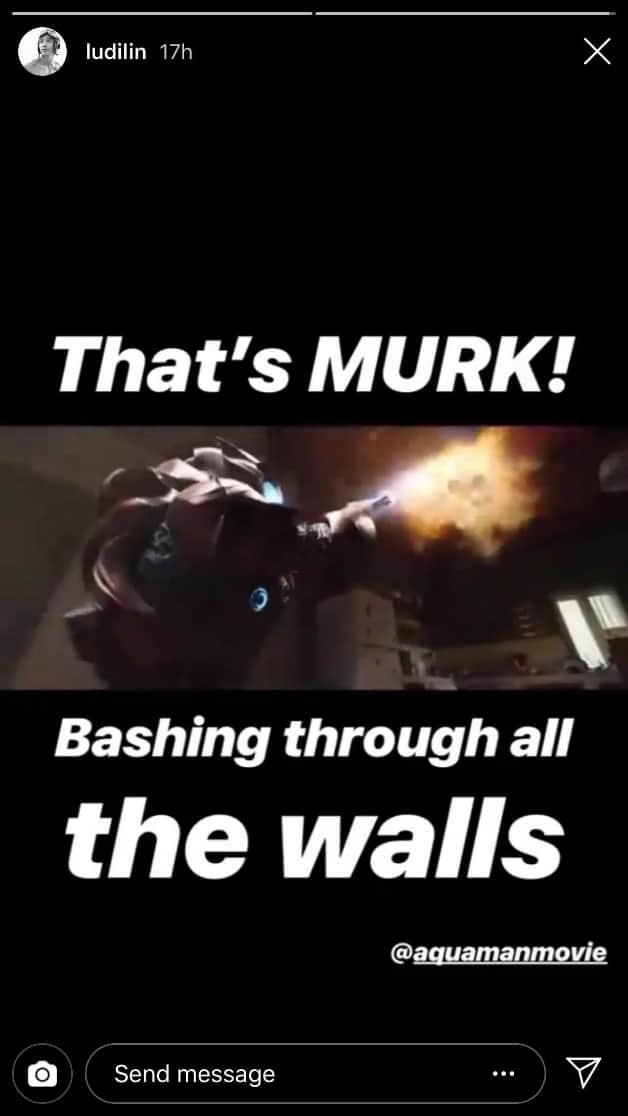 Are you excited to see more of Ludi Lin as Murk in Aquaman? What was your favorite moment from the incredible extended look? Sound off in the comments below, and be sure to continue following Heroic Hollywood for all the latest news from the DCEU.