Skip to content
by Andrew McBride on October 5, 2016
Previous1 of 6Next

It's back folks, this year's DCTV season on the CW is now in full swing. Last night was the debut of The Flash's third season, and tonight was the kickoff to Arrow's fifth season. We've been hearing plenty from star Stephen Amell about how this season will return the series to it's street-level roots (much to the relief of many of the show's fans), and if the first episode is any indication, that certainly appears so. You know that these DC television shows are never short on hints and clues of what is to come, as well as clever nods to the books, and this first episode of Arrow's new season was no different. Read the full review from us here.

Click through the gallery to check out some of the cool Easter eggs and references from tonight's episode!

We got a glimpse of Wild Dog early in the episode tonight as Green Arrow was partaking in his first multi-bad guy rumble of the season. He was rebuffed in his attempts to help in the vigilante-ism, and when he tried to tell Arrow that this was his city too he was promptly shot in the leg. Harsh, man. Wild Dog is a vigilante who first appeared in his own mini-series for DC Comics in 1987. At the end of the episode it appears Oliver is planning to bring Wild Dog in for a trial run, so we should be seeing more of him in weeks to come.

Wild Dog wasn't the only one Felicity was trying to get Oliver to think about recruiting for a new team. She mentions Evelyn Sharp as well, who we were introduced to last season when she impersonated Laurel's Black Canary in order to try and get revenge on Damien Darhk and his wife. This clearly alludes to Sharp becoming Artemis, the DC Comics vigilante known as the daughter of D-list villains Sportsmaster and Tigress. She gained a lot more recognition with her depiction in Young Justice. Expect to see her training and suited up in upcoming episodes as well. 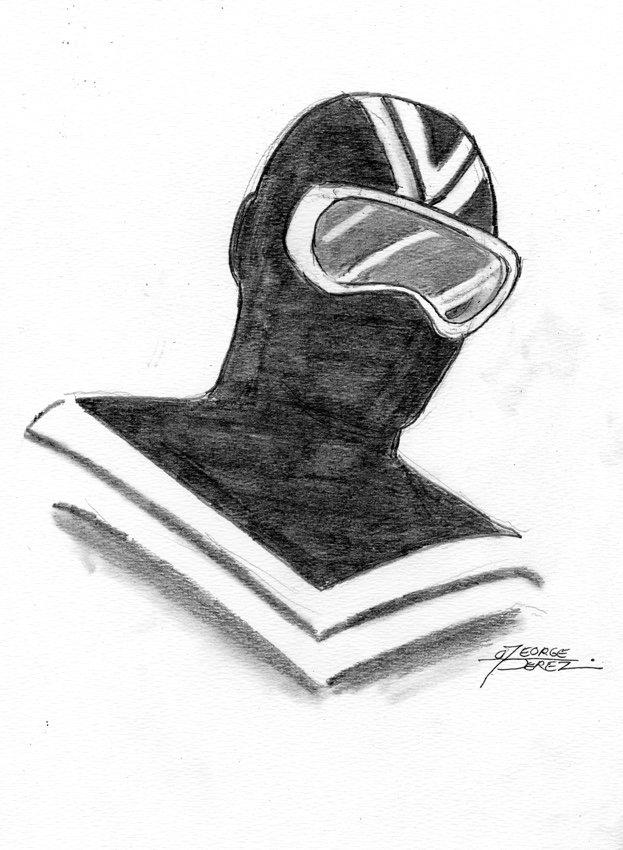 Along with Wild Dog and Artemis, Arrow's season 5 premier teased yet another crime-fighter coming to the show. A vigilante known as, well, Vigilante. Man, how many vigilante's can one city have? This is nuts. Anyway, you may have noticed Felicity point out some guy wearing 'ski goggles' while going over potential recruits with Oliver. This in fact eluded to Vigilante. This version was introduced in 1983 during the New Teen Titans, and the sketch used on the show was drawn by legendary comic artist George Perez: the same artist as on the New Teen Titans run in the early 80's. Easter egg within an Easter egg!

KGBeast is back! We haven't seen Anatoly Knyasev on the show since season 2, and we are starting to get some of the backstory of his history with Oliver here in the flashbacks. With the somewhat obscure Batman villain gaining popularity recently due to his portrayal in Batman v Superman: Dawn Of Justice as Lex Luthor's main lackey, as well DC Comics' recent All-Star Batman publications from Scott Snyder, it can be easy to forget we got his first live-action portrayal in Arrow. Here's to hoping we get to see more of him this season.

Prometheus. The big bad teased for the season. It looked like we might have had to wait until next week for to see him in action, but at the tail end of the episode we got our first look as he shot a man through the heart. OK, we're paying attention. Prometheus was a villain who was first published for a Blue Beetle book in 1986. but didn't gain any real notoriety until Grant Morrison's reinvention of the character in 1998's New Year's Evil: Prometheus. This version of the character featured combat abilities of the highest level along with a near genius-level intellect. No word on how smart Arrow's version is, but he seems to have archery down pretty good.