Arrow season 8 will premiere with the return of two major characters from the Stephen Amell series’ past.

The ten-episode eighth season of Arrow will officially bring the series to a close and while details on the story are currently under wraps, fans do know that a handful of characters from previous seasons of the Stephen Amell show will return for the final year. Now, IGN has released a new photo that reveals the season 8 premiere of Stephen Amell’s Arrow will feature guest appearances by Oliver Queen’s mother Moira and his arch-nemesis Malcolm Merlyn.

During an interview with IGN, Arrow showrunner Beth Schwartz would not divulge details on how Moira and Malcolm Merlyn will return. However, Schwartz did tease that the Stephen Amell series will bring back past characters in ways not yet explored on the show:

“All I can say is that it’s something we’ve never done on our show before, and we’re going to see a lot of familiar faces in a different way than we’ve done on the show before.”

You can check out the new photo from the season 8 premiere of Stephen Amell’s Arrow below! 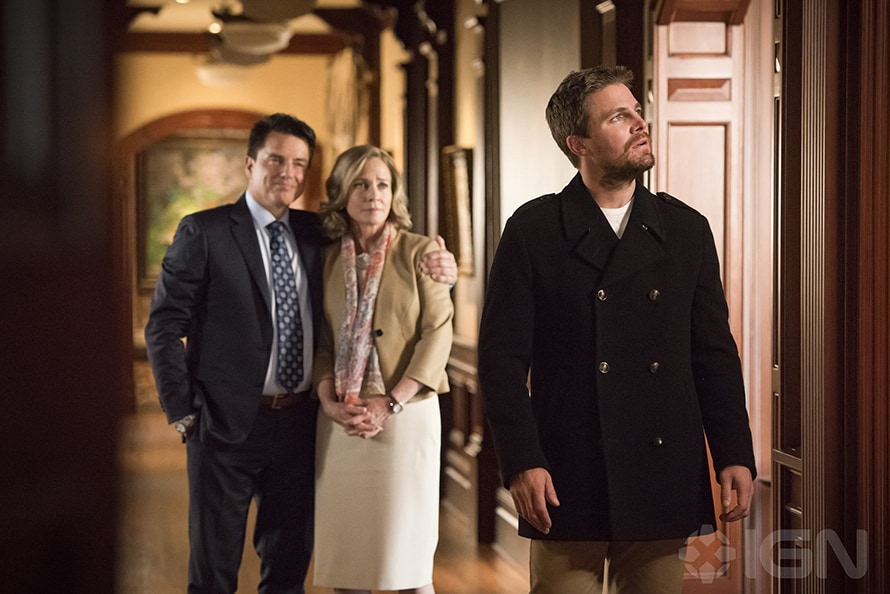 How do you think Moira and Malcolm Merlyn will return to Arrow? Do you think it will be tied to Stephen Amell’s Oliver Queen being recruited on a mission to save the multiverse at the end of season 7? Share your thoughts in the comments section below!