The CW has released a new Arrowverse crossover poster that reveals The Flash and Green Arrow switching superhero identities.

The CW’s upcoming Arrowverse crossover will introduce new characters to the network’s shared superhero universe, but it appears the three-night will also present viewers with new versions of the classic heroes. The latest poster for the Elseworlds crossover reveals Grant Gustin’s Flash and Stephen Amell’s Green Arrow switching superhero identities, but the “destiny will be rewritten” tagline insinuates that both heroes aren’t simply trading their respective costumes. 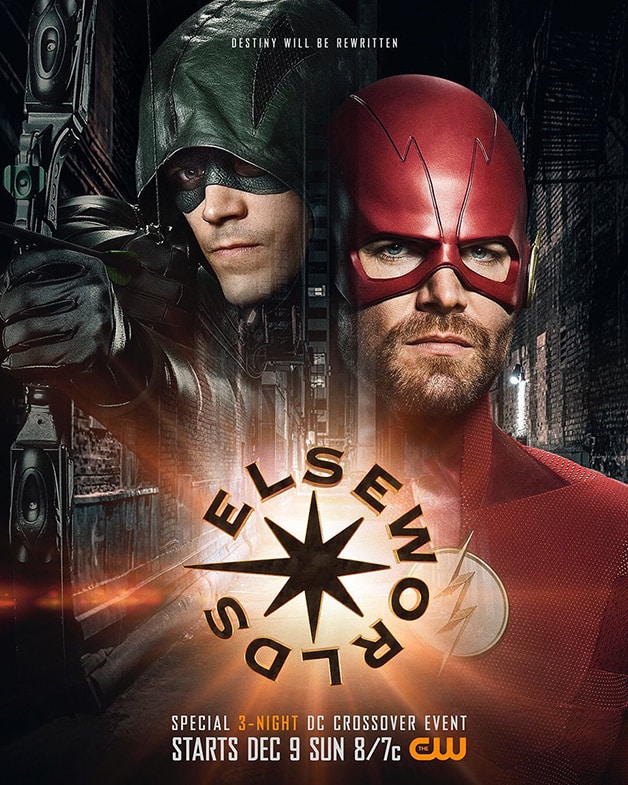