This New ‘Avengers: Endgame’ Fan Poster Does Not Move On

by Francisco Solano Olarte on February 4, 2019

A new fan poster for Avengers: Endgame recently appeared and highlights some of the footage from yesterday’s Super Bowl ad.

Reddit is probably one of the most prolific places on the internet to find content about Avengers: Endgame. Since Avengers: Endgame directors, The Russo Brothers, and Marvel Studios president Kevin Feige enacted a no spoiler advertisement strategy, fans have come up with a wide variety of ideas regarding what the film may show us later this April.

Last night’s Super Bowl ad was no stranger to this treatment. During the new footage, Captain America’s phrase “Some people move on, but not us” stood up more than anything else among some fans. A testament to that statement is this fan art poster, which appeared some hours ago in the forum: 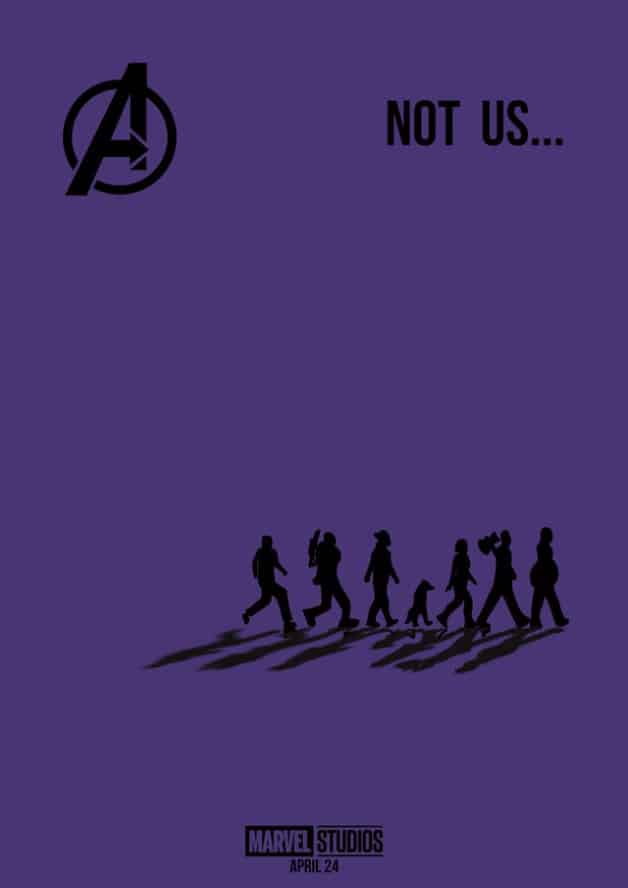 The poster ominously features the words “Not Us” and the remaining Avengers walking to an unknown destination, as it was shown in yesterday’s teaser. Many have already theorized that time travel will engage Captain America and the others in a mission to fix Thanos’ snap. This particular portion of the trailer may show us the team walking into their alleged last mission.

What do you think about this fan art poster? Comment down below!

Here is a plot synopsis for Avengers: Endgame:

A brand new TV spot for Avengers: Endgame is rumored to appear at the Super Bowl this upcoming Sunday along with many other upcoming movies.

The final installment to Phase 3 of the Marvel Cinematic Universe is coming to an end. Avengers: Endgame is on the horizon and fans can’t wait to see how earths mightiest heroes will defeat the mad titan, Thanos. Since the release of the first trailer, audiences have been hype and waiting for more footage from the movie. Recently through a tweet, it’s been rumored that Avengers: Endgame will be one of the TV spots for the super bowl along with Toy Story 4, Alita, and Hobbs and Shaw.

Nothing is confirmed quite yet on what audiences can expect on Sunday. Hopefully there will be new footage shown of Avengers: Endgame to continue the hype for the movie. Be sure to stay tuned on February 3rd, 2019 for Super Bowl Sunday premiering on CBS for a potential TV Spot for the latest entry in the Marvel Cinematic Universe.

Avengers: Endgame is scheduled to be released in U.S. theaters on April 26, 2019.