After being teased toward the end of Spider-Man: Homecoming, the Iron Spider suit was finally worn by Peter Parker in Avengers: Infinity War. While the final version of the outfit was notably different from the suit in the comics, Marvel Studios Head of Visual Development Ryan Meinerding stated he designed several versions of the costume in a new art book:

“I pitched a number of other suit designs that were closer to the comics. But it felt like people were reasonably willing to go in slightly new directions. 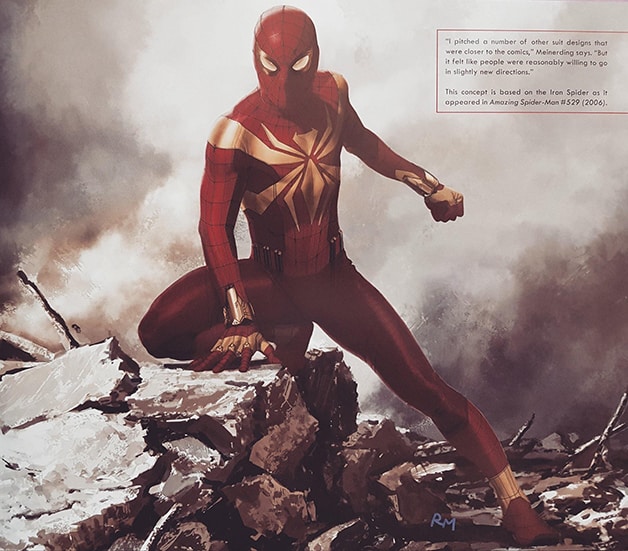 Peter Parker & Miles Morales Inspire Each Other In ‘Spider-Man: Into The Spider-Verse’

Spider-Man is expected to return in the untitled fourth Avengers film.