Skip to content
by Francisco Solano Olarte on March 31, 2019

A new Avengers: Endgame Funko Pop! may tease what several theories are saying about Mark Ruffalo’s Hulk in the film: the appearance of Professor Hulk.

Yesterday toy company Funko officially announced their Pop! figure line-up for Avengers: Endgame. These figures had been surfacing for some time now and we already got a closer look at Hawkeye, Rocket Raccoon, Iron Man, Captain America, and others. This time around we get a closer look to a much more interesting and enigmatic character for the Marvel Cinematic Universe: Mark Ruffalo’s Hulk. Check him out: 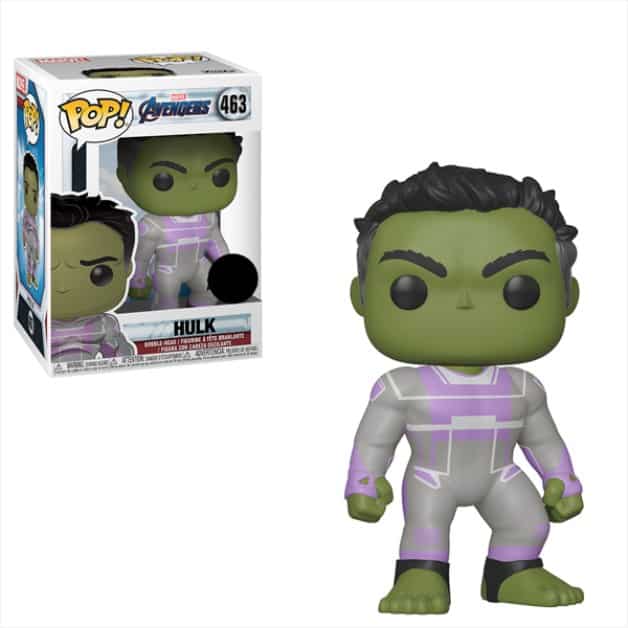 The introduction of Mark Ruffalo’s Hulk was kind of a surprise since he started portraying Bruce Banner in Joss Whedon’s Avengers. Mark Ruffalo replaced Edward Norton when the original Incredible Hulk actor got into a dispute with Marvel Studios and eventually exited the MCU. Nonetheless, Mark Ruffalo’s portrayal of Bruce Banner has been adequate so far and we’ve seen The Hulk slowly evolve over several films as the scientist tries to get a grip on his very angry green alter-ego.

Several figures and merchandise, including this one, seem to be teasing the possibility that Mark Ruffalo’s Bruce Banner is finally coming to terms with The Hulk after he refused to make an appearance in Avengers: Infinity War. In the comics, Bruce Banner eventually gets to control The Hulk and is finally able to use his wit and his brute strength to become one of the most powerful versions of the hero ever: Professor Hulk. A listing for the Funko Pop! figure seen above on Zing Pop Culture lists the figure as Smart Hulk which we think could referring to Professor Hulk. After what we’ve seen in the MCU so far, it seems that this may be more than a mere possibility but an actually satisfying conclusion to Mark Ruffalo’s Bruce Banner character arc. This also could potentially suggest that Mark Ruffalo’s Bruce Banner could have even more exciting stories for the MCU if he actually gets to control the Hulk.

Do you think we’ll get to see Professor Hulk for Mark Ruffalo in Avengers: Endgame? Sound off in the comment section down below!

We’ll have to wait and see what really happens to Mark Ruffalo’s Bruce Banner when Avengers: Endgame drops later next month. Here’s the synopsis for it:

Stay tuned to Heroic Hollywood as we learn more about Mark Ruffalo’s Hulk, Avengers: Endgame and the future of the MCU!