Toy conglomerate company Hot Toys has revealed new figurine images for Avengers: Endgame that gives us our best look at the Mad Titans Thanos and possibly his new Infinity Gauntlet.

The last time fans saw Thanos and his Infinity Gauntlet was in the first official trailer for Avengers: Endgame where we saw the Mad Titan limping through a field with his armor on a cross and a charred and damaged gauntlet still attached to his left hand.

This new Hot Toys image gives fans a look at Thanos in good health wearing his battle-tested armor and a shining new Infinity Gauntlet housing all the Infinity Stones.

Feast your eyes on this glorious image by scrolling down on the page! 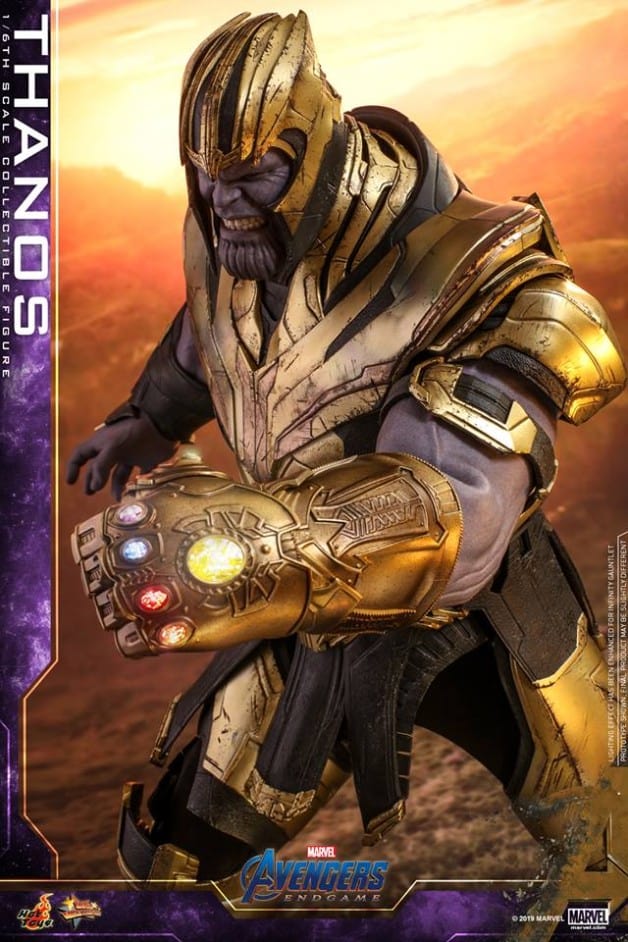 Avengers: Endgame is less than a month away from gracing the big screen and hopefully all the questions that fans have been asking for months will be answered. This new Hot Toys image could possibly be answering two important questions going into the film.

Moviegoers will just have to wait and see when Avengers: Endgame releases in theaters to learn more about Thanos and his new Infinity Gauntlet featured in the Hot Toys image. Make sure you have your popcorn ready because this one is going to be a grudge match for the ages!

What do you think about the newest Avengers: Endgame Thanos figure that will be added to the Hot Toys collectibles gallery? Let us know your thoughts down in the comment section below!