It only took a couple of decades but it looks like Batman is finally going to face off against G.I. Joe’s ninja commando Snake Eyes in an upcoming Fortnite comic book Batman/Fortnite: Zero Point #3.

The Caped Crusader has had his fair share of crazy crossovers throughout his storied history with properties like Alien, Teenage Mutant Ninja Turtles, Judge Dredd, and many others. In January, DC Comics announced a new miniseries in collaboration with Epic Games that would place Batman in the world of Fortnite. In the series’ third issue, the Dark Knight will face G.I. Joe‘s Snake Eyes—a dream come true for many.

Batman/Fortnite: Zero Point #3 will be available on May 18 and is written by Christos Gage and Donald Mustard with art by Reilly Brown, Nelson DeCastro, and John Kalisz. You can take a look at the awesome cover for the upcoming issue ahead! 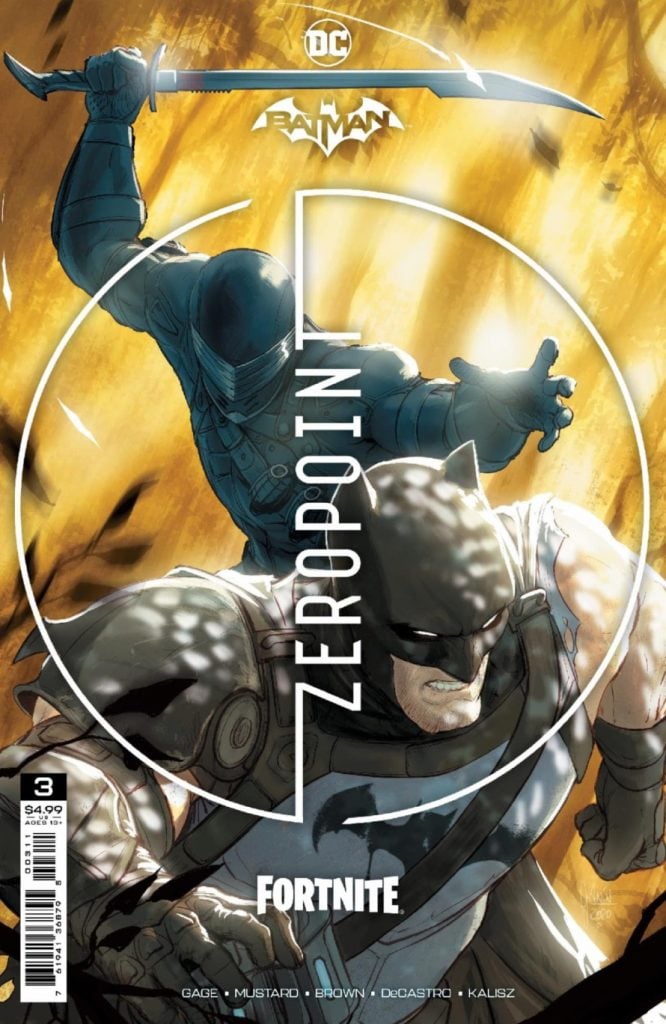 Who do you think will win in the upcoming Fortnite showdown? Feel free to share your thoughts in the comments section below!

You can read the synopsis for the upcoming issue below:

Batman versus Snake Eyes. That’s it. That’s the solicit. You heard us, BATMAN VERSUS SNAKE EYES! Yes, THAT Snake Eyes! Worlds collide on the Island as G.I. Joe’s unstoppable ninja clashes with the Dark Knight! Can either of them win, when neither can escape? Will Batman remember he’s got to find a way back to Catwoman, all while trying to get back to Gotham City? And what the heck is Harley Quinn doing here?! Oh, and in case we forgot to mention it: Batman. Fighting. Snake Eyes. Do not miss it!

Batman/Fortnite: Zero Point #3 will arrive on May 18, 2021. Keep it locked to Heroic Hollywood for all the latest news for all things DC, G.I. Joe, and subscribe to our YouTube channel for more content!