Over the past few weeks, DC Films set photographer Clay Enos has been releasing a bunch of awesome behind-the-scenes images from Zack Snyder’s Batman v Superman: Dawn of Justice to promote the release of the film’s Ultimate Edition (you can read our review here). His latest one gives us another look at Ben Affleck fully suited up as the Caped Crusader standing next to the massive Bat-Signal on the set of the movie.

Plus, here’s a better version of that image (Click here for the high-res version). 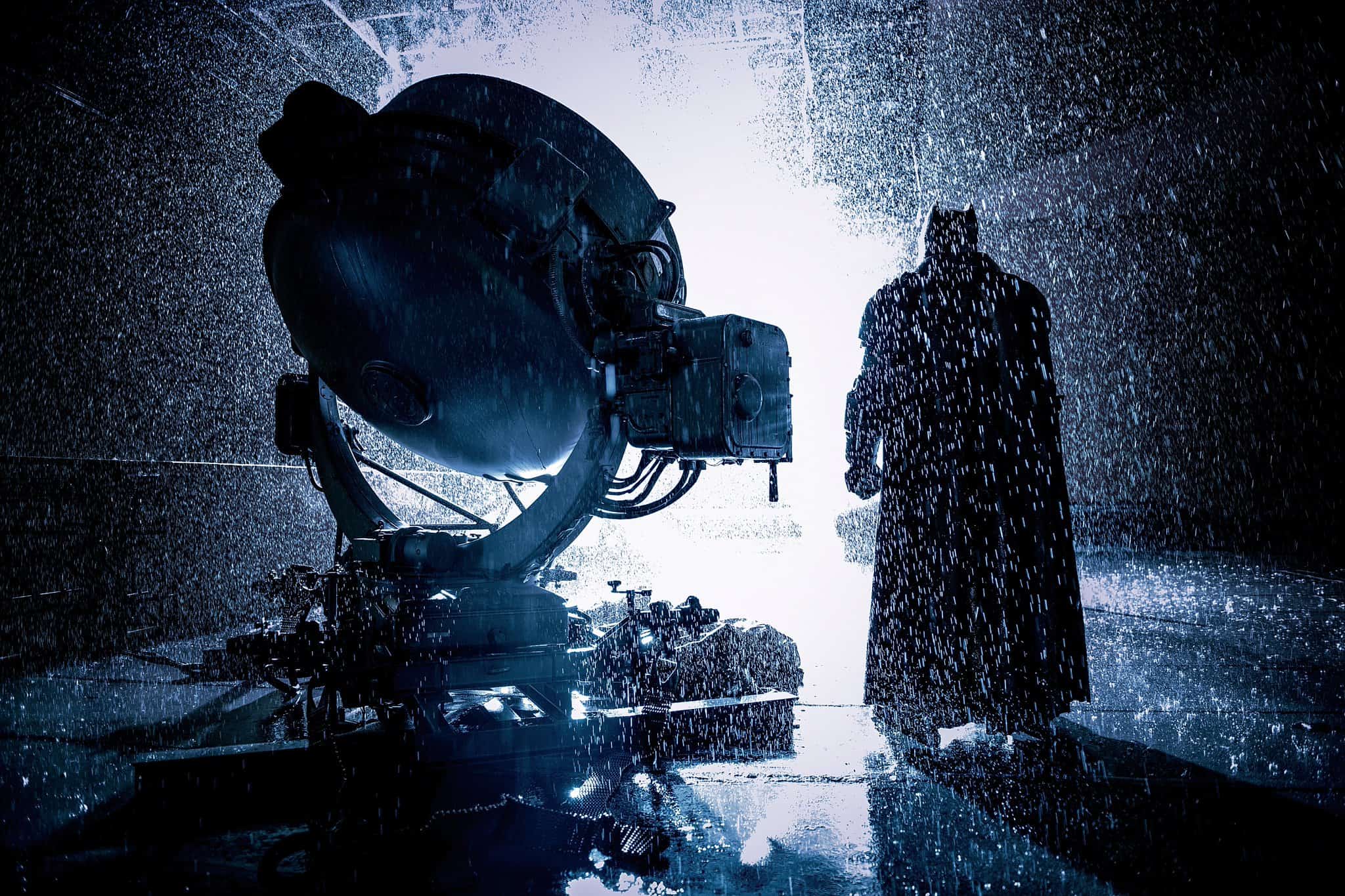