Following that awesome behind-the-scenes image of the Batmobile in action, photographer Clay Enos has now unveiled a never-before-seen image of Ben Affleck as the Caped Crusader on the set of Zack Snyder’s Batman v Superman: Dawn of Justice. The image shows off some of the practical effects that were used during the shoot of the big fight scene between the two titular heroes, which make it all the more cooler.

This scene was definitely one of the highlights of the movie, so here’s hoping that we’ll get to see some extra footage from the fight in the upcoming R-Rated Ultimate Edition, as well as other cool moments that didn’t make it into the theatrical cut. You can check out the image right below and sound-off your thoughts in the comment section. 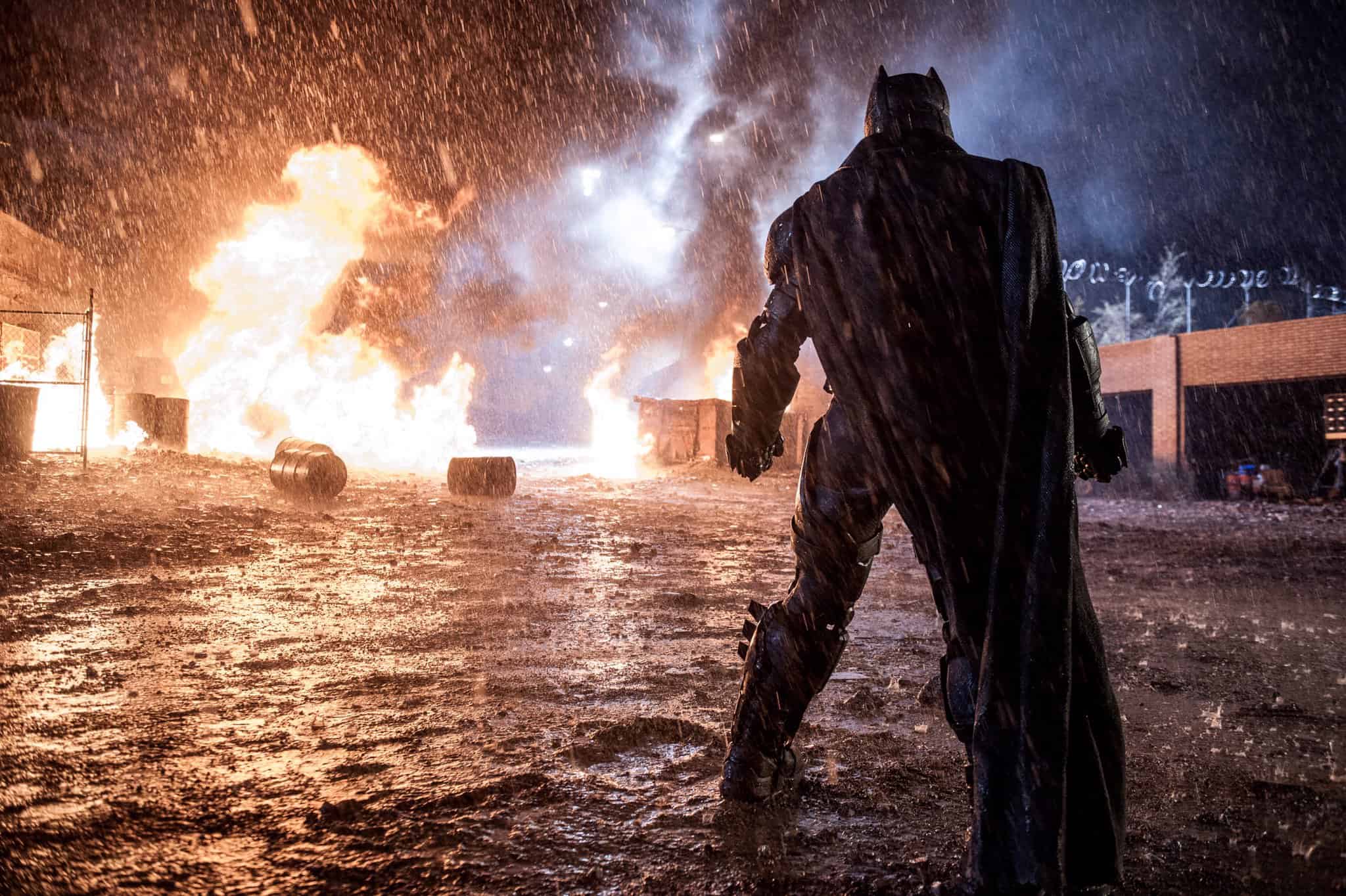