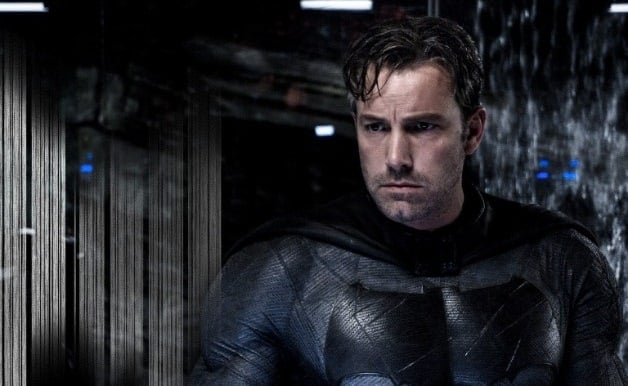 Ben Affleck may be out as Batman but the actor has revealed he can certainly see himself directing another DC film down the line.

Speaking with LADBible, Ben Affleck was asked about his exit from the role of Batman and whether or not he would be up for playing another character in the DC Universe when he revealed he would very much be up to direct a different DC movie if Warner Bros. were to approach him for the job:

“I imagine it would be weird to step in and do another character. I can certainly imagine directing a movie, you know – if they [DC] would have me – if it was something I was passionate about.”

Ben Affleck also reiterated his reason for leaving behind the Batman role, assuring fans his exit wasn’t in an effort to close the door on the DC Universe entirely:

“It’s not about like kind of closing doors on stuff, I just couldn’t figure out how I wanted to do that one [next Batman film], so it became time to let someone else take a crack at it.”

So what do you think? Would you like to see Ben Affleck direct another film in the DCEU? Let us know in the comments below!

Plot details for Matt Reeves’ The Batman have yet to be revealed, however, rumors have pointed to a previous version of the script once featuring Ben Affleck bookending the film as his current Batman while the film introduced a younger version of the DC superhero. Reports suggest the studio is looking for an actor in his mid-twenties to early thirties. The film is also rumored to feature The Penguin as well as a rogues gallery of Batman villains. The only known information is that the film will not be directly based on Frank Miller’s Year One comic and will also focus on the Dark Knight as the World’s greatest detective more than previous films have before.

The Batman is one of the many projects currently being developed by Warner Bros. and DC Films, including The Flash standalone film, Green Lantern Corps, Black Adam, Supergirl, andNew Gods. Meanwhile, production on DC’s Birds of Prey spin-off titled Birds of Prey (And The Fantabulous Emancipation of One Harley Quinn) starring Margot Robbie is currently underway in Los Angeles, CA.

The Batman is currently slated to hit theaters on June 25, 2021. Stay tuned to Heroic Hollywood for the latest news on the future of the DC cinematic universe as we learn it.