Skip to content
by Francisco Solano Olarte on March 9, 2019 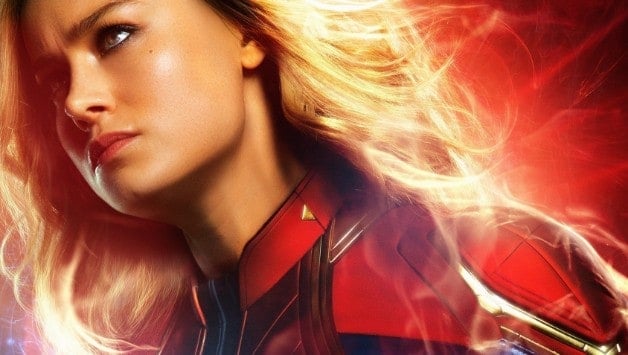 The CinemaScore for Brie Larson’s Captain Marvel has been revealed and fans of the superhero won’t be disappointed.

It’s already safe to say that Brie Larson’s Carol Danvers didn’t disappoint in her first silver screen outing. Despite the best efforts of ill-willed people on the internet, Captain Marvel is slowly turning into another hit for Marvel Studios. With an awesome first weekend at the box office and with Rotten Tomatoes fixing its non-constructive input issue on their 50,000 fake reviews, Brie Larson’s Captain Marvel has officially been rated A on CinemaScore.

Even more so than Rotten Tomatoes, CinemaScore is one of the most reputable and trustworthy websites to check if a film is doing well with audiences. That’s why this rating is such a big deal for Brie Larson’s Captain Marvel. Other Marvel Studios films like The Incredible Hulk, Thor: The Dark World, and Ant-Man and The Wasp all received an A- while Academy Award winner Black Panther got an A+.

Brie Larson and Captain Marvel was getting trolled online everywhere even before the film was released. A serious misunderstanding around the remarks regarding the low diversity on the press circuit gained Brie Larson a lot of criticism in the last few weeks. Also, some people tried to pit Zachary Levi’s Shazam! against Brie Larson’s Captain Marvel only to be shut down by Levi himself and other DC personalities in the process.

Have you seen Captain Marvel? What did you think of it? Sound off in the comment section down below!

Next time we’ll see Brie Larson’s Carol Danvers will be in Avengers: Endgame later this April. Here’s the synopsis for the film: