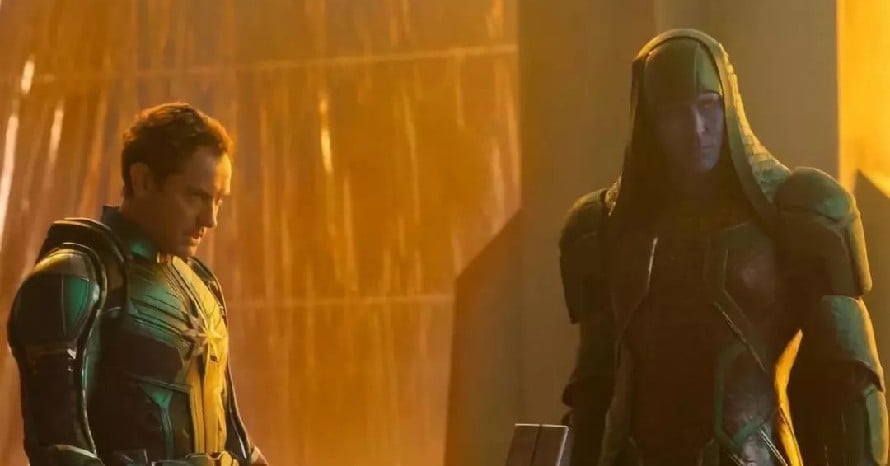 While Ronan the Accuser was not given a large role in Captain Marvel, his presence indicated the kinds of actions that he took as an enforcer of the Kree Empire before going rogue to annihilate Xandar. In the movie, Lee Pace’s character looked a lot like how he did in Guardians of the Galaxy, just without the black war paint and with more teal on his costume.

However, at one point, the plan in Captain Marvel was a bit different. Lee Pace’s Ronan was going to have a slightly younger-looking appearance (perhaps making use of the de-aging techniques utilized for a number of other returning Marvel Cinematic Universe characters), and he wouldn’t have been as stocky. While the finished film only has a good amount of teal on the costume, there is much more in Ronan’s alternate design.

Ronan the Accuser’s role in Captain Marvel was ultimately fairly minor, but the end of the film hinted that he would have some kind of role in Carol Danvers’ story between the events of her solo movie and Guardians of the Galaxy, a time period that has not been explored. It remains to be seen if Captain Marvel 2 will delve into this past or will instead pick up after the events of Avengers: Endgame, but if it is at least partially a prequel, then perhaps Lee Pace could get a chance to do more.

Captain Marvel features Brie Larson as the titular superhero in an origin story for Carol Danvers, a test pilot in the comics who gained super strength and the ability to fly after being caught in an explosion with a Kree device.