Captain Marvel will hit theaters soon and a new photo of Ronan had arrived to continue the hype train until the film’s release.

The upcoming superhero film from Marvel Studios is just months away. Captain Marvel will be introducing one of Marvel’s most powerful superheroes while also giving us the first female-led Marvel movie. The movie takes place in the 90’s before most of the events that have happened in the MCU. The film will, however, feature some familiar faces, notably Ronan from the Guardians Of The Galaxy movies. Marvel has released a new photo of the villain in which fans can rejoice seeing a more comic book-accurate version of him. 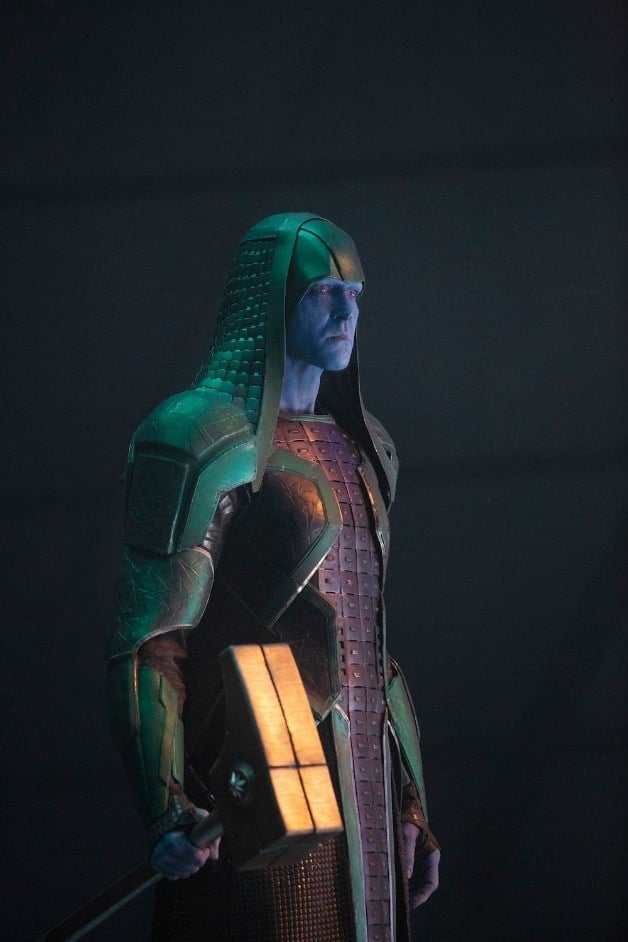 Here is a much different Ronan than audiences have seen so far. There’s that bit of teal that represents the Kree Empire’s Starforce suits, the ones Carol Danvers and her team wear. Also missing are the markings on his face. Perhaps in the movie Ronan will undergo a dramatic change, giving him his Guardians of the Galaxy look.

Fans Think Phil Coulson Is A Skrull After ‘Agents Of S.H.I.E.L.D.’ Trailer

What do you think of Ronan’s look? Let us know in the comments and be sure to stay tuned to Heroic Hollywood for all the latest on Captain Marvel.

A brand new TV spot for Avengers: Endgame is rumored to appear at the Super Bowl this upcoming Sunday along with many other upcoming movies.

The final installment to Phase 3 of the Marvel Cinematic Universe is coming to an end. Avengers: Endgame is on the horizon and fans can’t wait to see how earths mightiest heroes will defeat the mad titan, Thanos. Since the release of the first trailer, audiences have been hype and waiting for more footage from the movie. Recently through a tweet, it’s been rumored that Avengers: Endgame will be one of the TV spots for the super bowl along with Toy Story 4, Alita, and Hobbs and Shaw.

Nothing is confirmed quite yet on what audiences can expect on Sunday. Hopefully there will be new footage shown of Avengers: Endgame to continue the hype for the movie. Be sure to stay tuned on February 3rd, 2019 for Super Bowl Sunday premiering on CBS for a potential TV Spot for the latest entry in the Marvel Cinematic Universe.

Avengers: Endgame is scheduled to be released in U.S. theaters on April 26, 2019.