Fans of John Constantine have been asking for it for a year and a half, and now we shall receive: Constantine: The Complete Series is finally on its way to DVD and Blu-Ray on October 4th!

The ill-fated Constantine was cancelled by NBC after its ratings did not warrant even finishing out the full first season, leaving fans with an irresponsible amount of questions that will unfortunately never be answered. Since then, fans have taken to social media to make their voices heard about bringing the show back., and the show’s fandom has not been quiet. I’m sure we’ve all seen plenty of #SaveConstantine hashtags along with multiple fan petitions that have been created for the show.

Finally, as of about a week ago, the back of the latest DC print comics gave fans a shock: Constantine would be coming to DVD and Blu-Ray via Warner Archive. In an update to that story, a new press release from WB confirms that Constantine will be coming to DVD and Blu-Ray – but not just via Warner Archive. Constantine: The Complete Series will be available via wbshop.com, Amazon, and other online retailer.

Actor Matt Ryan had a few words to say in the press release regarding the DVD:

“Actors don’t generally like to revisit their own filmed performances, but I really enjoyed watching the episodes myself because Constantine is such a bold, outright character – both to play and to watch. He’s this brilliant ball of wisecracking, chain-smoking street magic – and it’s so much fun exploring his fascinating, dark world of torment and mystery. I’m happy the fans will now have the opportunity to experience the series on Blu-ray, plus all the bonus features.”

Check out the DVD’s full cover and contents: 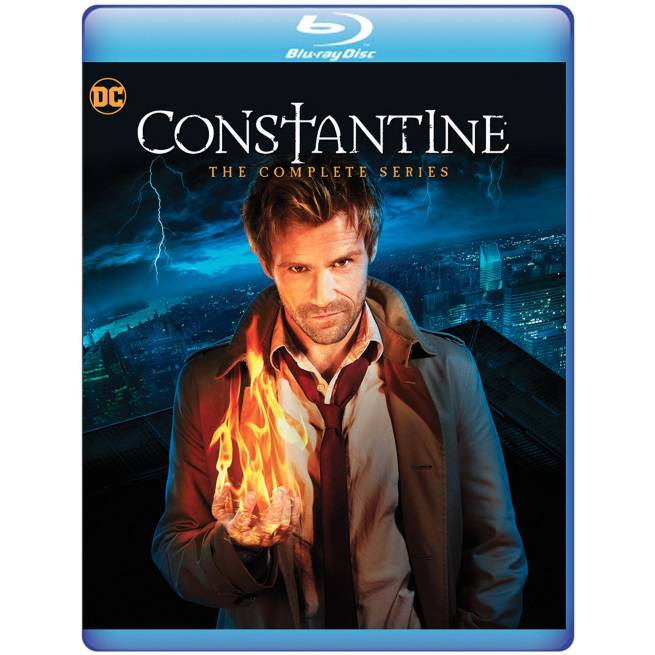 6. The Rage of Caliban

7. Blessed Are the Damned

8. The Saint of Last Resorts: Part One

11. A Whole World Out There

12. Angels and Ministers of Grace

Are you going to pick up Constantine: The Complete Series the first chance you get? I know I am. Make sure to show your support for the show down in the comments!