One of the new Crisis on Infinite Earths photos reveals the backstory of Brandon Routh’s Kingdom Come Superman.

Yesterday, The CW released several new photos from the Batwoman episode of Crisis of Infinite Earths that included Brandon Routh’s Kingdom Come Superman. One of the Crisis on Infinite Earths photos features Brandon Routh’s Clark Kent standing in front of a framed copy of the Daily Planet that appears to provide insight on the backstory of this version of Superman.

The copy of the Daily Planet recounts a story in which several of the newspaper’s employees were killed by a gas attack, with an artist rendering of the incident featured prominently on the front page. In the comics, the Joker launches a gas attack on the Daily Planet that results in the death of multiple Daily Planet employees and murders Lois Lane, driving Superman into seclusion and setting the stage for the Kingdom Come storyline.

Check out the photo of Brandon Routh’s Kingdom Come Superman in Crisis on Infinite Earths to see the Daily Planet story for yourself. 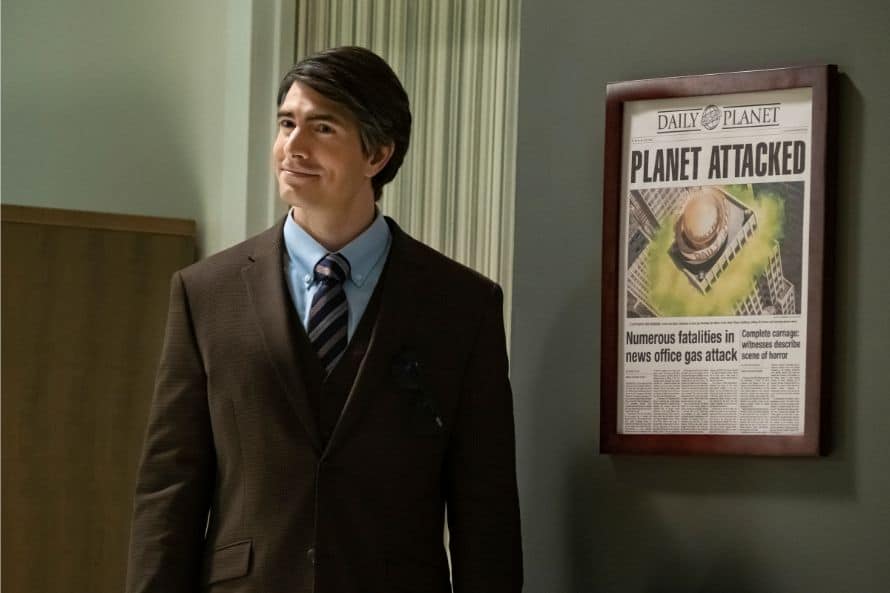 Written by Mark Waid and Alex Ross, Kingdom Come was a four-issue series published under DC’s Elseworlds imprint. Set in the year 2020, Kingdom Come follows an older Superman as he attempts to rein in a new generation of reckless vigilantes and inspire them to adopt the ideals of past superheroes.

Stay tuned to Heroic Hollywood for the latest news on Brandon Routh’s Kingdom Come Superman in Crisis on Infinite Earths as it develops!