The CW released the first official look at Kevin Conroy’s Batman in the Kingdom Come Exosekelton for the Arrowverse crossover.

The upcoming Arrowverse crossover will feature an ensemble cast from current and past DC projects, including Batman voice actor Kevin Conroy as a future version of Bruce Wayne. News of Kevon Controy joining the Arrowverse thrilled fans who have been clamoring to see the actor play Batman in a live-action project ever since the debut of the animated series in the ’90s.

Now, The CW has released a photo from the Arrowverse crossover, titled Crisis on Infinite Earths, that features Kevin Conroy’s Batman in the Exoskeleton from the Kingdom Come storyline. In Kingdom Come, the exoskeleton is an armored suit Batman uses to engage in combat after old age and injuries weaken his body.

Check out the post below to see Kevin Conroy’s Batman in the Kingdom Come exoskeleton suit for the next Arrowverse crossover. 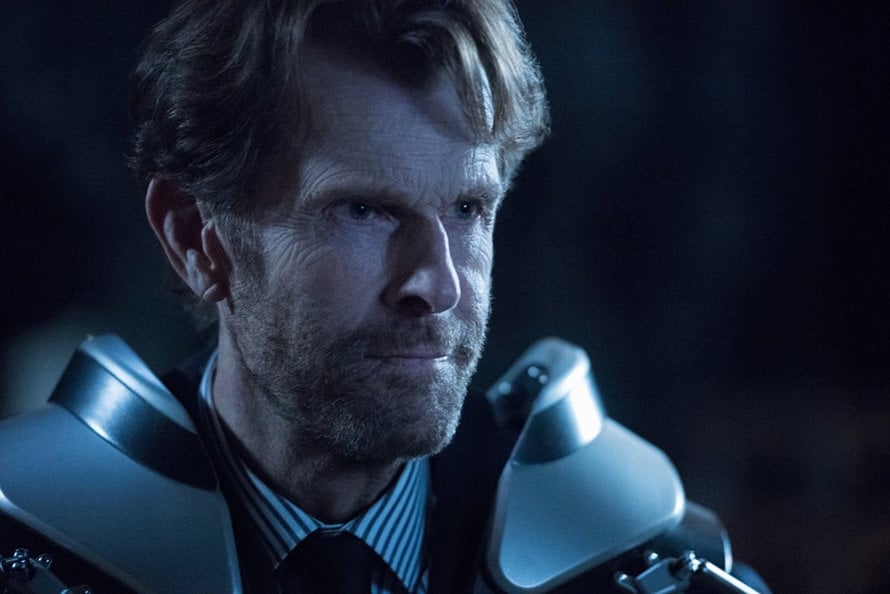 Stay tuned to Heroic Hollywood for the latest news on Kevin Conroy’s Batman in Crisis on Infinite Earths!