Daniel Craig’s James Bond and Lea Seydoux’s Madeleine Swan return in a new photo from No Time to Die.

The 24th James Bond film, Spectre, introduced Lea Seydoux to the franchise as Dr. Madeleine Swan, the daughter of an old adversary to Daniel Craig’s 007. After successfully thwarting the sinister plot of SPECTRE mastermind Ernst Stavro Blofeld, Daniel Craig’s James Bond and Lea Seydoux’s Madeleine Swan drove off to seemingly live out the rest of their lives together in peace.

However, Daniel Craig’s James Bond will be called on for one more mission in No Time to Die and Lea Seydoux’s Madeleine Swan will also return for the latest 007 film. Now, Entertainment Weekly has released a new photo from No Time to Die that features Daniel Craig’s James Bond and Lea Seydoux’s Madeleine Swan in the midst of what appears to be a serious conversation.

Check out the new No Time to Die photo featuring Daniel Craig’s James Bond and Lea Seydoux’s Madeleine Swan below! 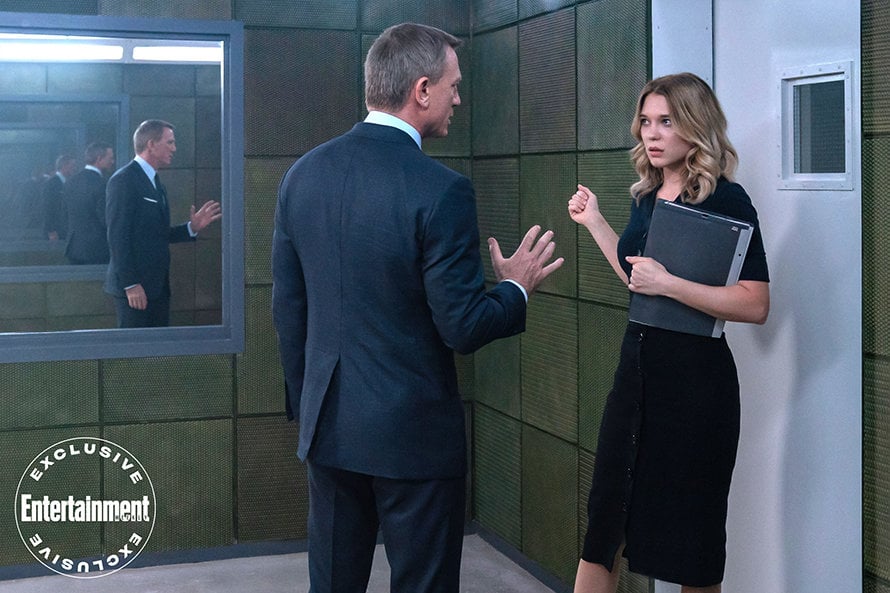 Are you excited to see Daniel Craig’s James Bond and Lea Seydoux’s Madeleine Swan return? Let us know below!