October 5th is James Bond Day, a celebration of the 007 franchise held annually on the day his first cinematic solo outing (Dr. No starring Sean Connery) had its world premiere in 1962. To celebrate this year’s James Bond Day, MGM has released a new poster for No Time To Die, featuring Daniel Craig suited up and ready for action as 007.

You can check out the No Time To Die poster with Daniel Craig below. 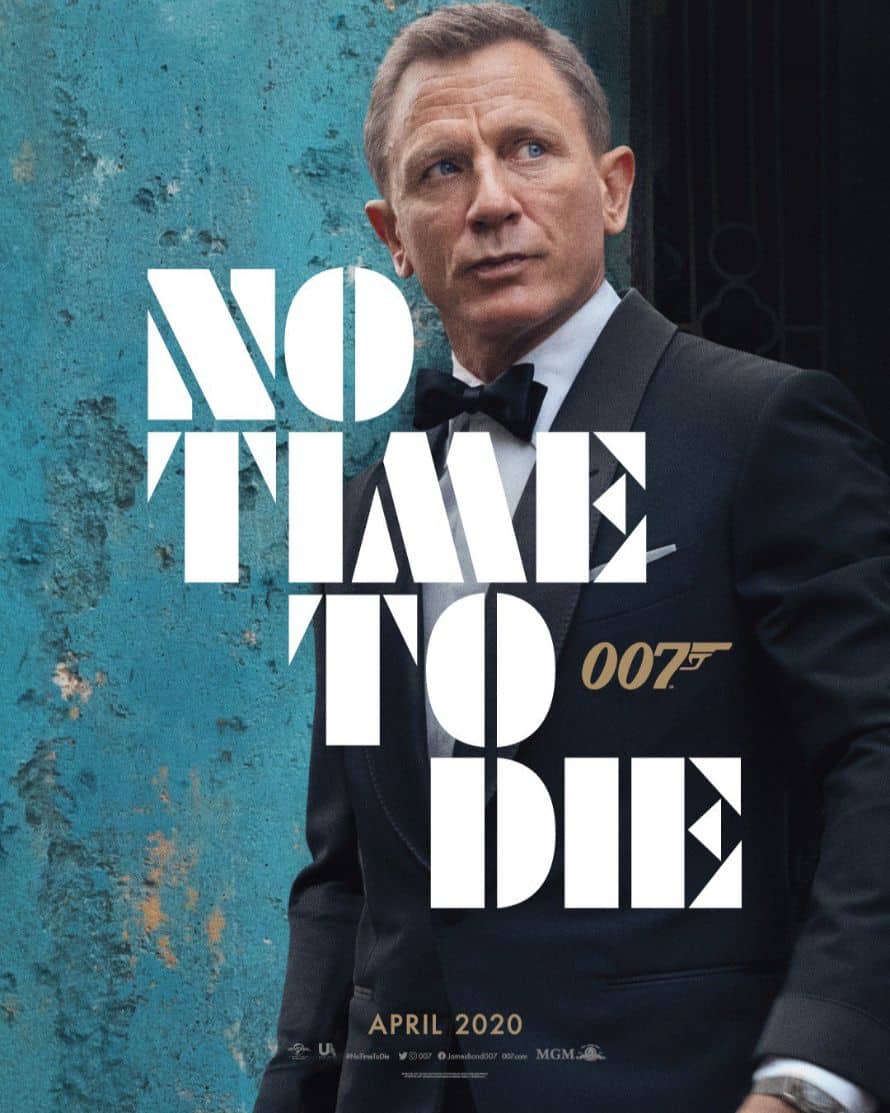 Daniel Craig made his debut as James Bond in 2006’s Casino Royale and then reprised the role in three more movies — Quantum of Solace, Skyfall and Spectre. No Time To Die is his final outing as the iconic superspy. Neal Purvis, Robert Wade, Scott Z. Burns, Phoebe Waller-Bridge and Fukunaga worked on the James Bond 25 script.

Filming is currently underway at Pinewood Studios in the United Kingdom. Additional filming locations include London, Jamaica, Italy, and Norway.

No Time To Die opens in theaters on April 8, 2020. Stay tuned for the latest news from Daniel Craig’s James Bond movie.