Ahead of the trailer premiere for Dark Phoenix later tonight, 2oth Century Fox has officially released the first poster and synopsis for the latest installment of the X-Men franchise.

Dark Phoenix has gone through some hefty re-shoots and multiple release date changes but it seems the film is finally ready for fans to see. The first trailer for the follow-up to 2016’s X-Men: Apocalypse is set to premiere on the Late Late Show with James Corden tonight. Excited fans can see a preview of the trailer online thanks to star Sophie Turner, who will be playing Jean Grey for the second time in the franchise with Dark Phoenix. Not only can you get a glimpse of the trailer but thanks to the studio, fans can also read the official synopsis for the film online.

20th Century Fox has also uploaded the first official poster for Dark Phoenix, featuring Turner’s Jean Grey in front of  a cosmic landscape. Dark Phoenix will bring Jean Grey to the forefront of the crowded ensemble, which includes returning cast members Michael Fassbender, James McAvoy and Jennifer Lawrence. The movie is set to hit theaters just in time for Valentine’s Day but while you wait in anticipation, check out the awesome poster and official synopsis for Dark Phoenix below. 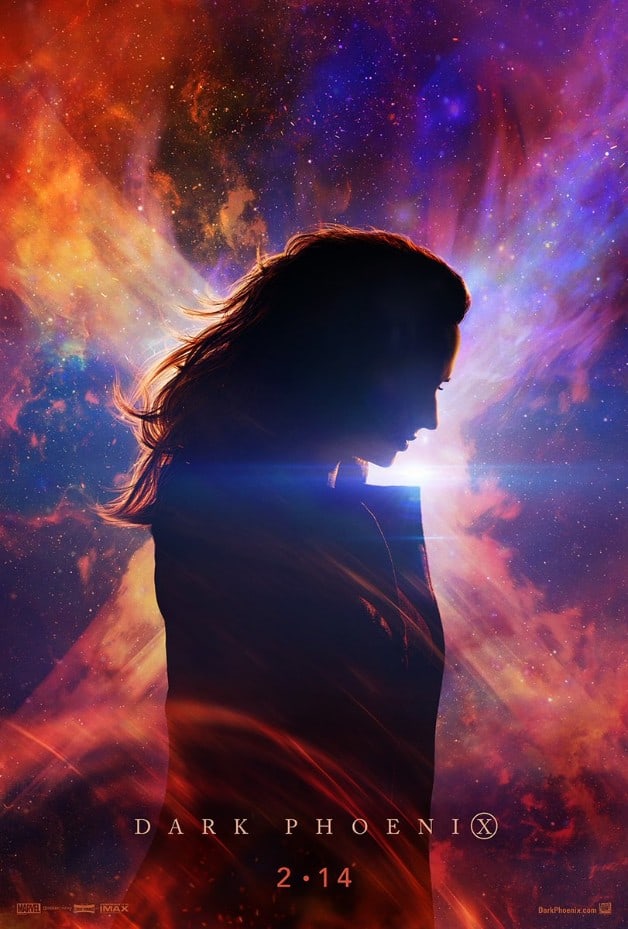 It seems that the new theme amongst some of the upcoming Marvel superhero movies is going to be alien invasions. Next week, Venom arrives in theaters starring Tom Hardy and an alien symbiote, Brie Larson will be defending the Earth from Skrull’s in Captain Marvel, and even the X-Men will be fighting an invasion of their own in Dark Phoenix, presumably led by Jessica Chastain’s character. They all sound different enough from each other though, so hopefully, fans won’t have alien invasion fatigue by the time Captain Marvel arrives in March.

Keep an eye out for the trailer hitting the internet tonight to see how the latest installment of the X-Men franchise has in store for fans this Valentine’s Day. We’ll be sure to keep you updated on all news regarding Dark Phoenix as more information becomes available. Does this new synopsis intrigue you? Will you be seeing it in theaters on Valentine’s Day?  Let us know your thoughts in the comments below!