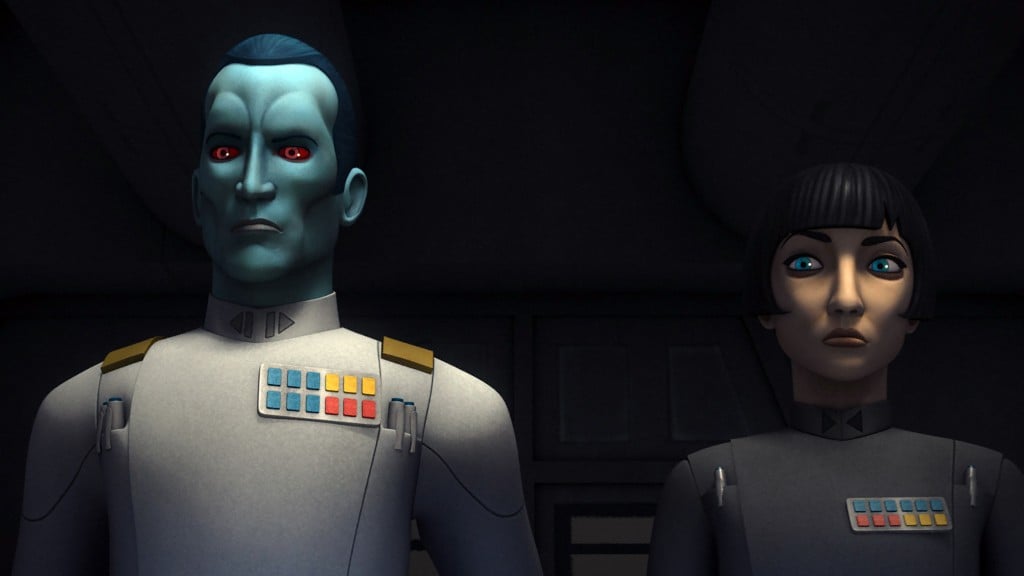 Season three of Star Wars Rebels will be back on the air September 24th. Anticipation is already building for this new season, which is going to feature some of our favorite characters returning, Darth Maul and Grand Admiral Thrawn.

Rebels creator Dave Filoni spoke with IGN about the upcoming season and how introducing a character like Thrawn on the show is so important.

“After having the material so long ago, there were things that stuck with me about the character. The biggest one for me was the art. The [analysis] and culture of art was how he dissected and defeated his opponents. We kept that very much alive.”

Thrawn was first introduced in Timothy Zahn’s Heir to the Empire (1991).  The character quickly became a fan favorite villain was a part of Star Wars “legends” canon. Zahn is also set to write a brand new Thrawn book, now official in the Star Wars canon. This book is set for a Spring 2017 release.

Filoni explained that casting this role was very difficult. The role eventually went to Lars Mikkelsen, brother of Mads Mikkelsen, who will be seen in Rogue One as Galen Erso (father of Jyn Erso).

“He couldn’t be a loud villain. I never saw him as someone in the books who shouted. His crew seemed to have a lot of faith and trust in him because he was so brilliant a tactician. And that was the hardest challenge of all … so, I have the responsibility of saying, ‘this is his voice’.”

Filoni indicated that the relationship between Ezra and Darth Maul will be developing further in season three. The finale of season two left audiences with many possibilities and theories as to how this storyline could develop. Maul simply wants power, according to Filoni.

“So you’re going to see this kind of push-and-pull on Ezra. And Maul is kind of that influencer that’s saying maybe power has a means to an end.”