An awesome new DC Comics Deathstroke statue from Sideshow and Prime 1 Studios has been revealed and is set for a 2020 release.

The new 1:3 statue from Prime 1 Studios features the villainous DC Comics character wielding his signature samurai swords atop a grim reaper. The collectible also comes with the M4 rifle and a handgun to swap out. The statue is a Sideshow exclusive at a price of $1,099 with an estimated arrival of March-May in 2020. You can check out the statue below! 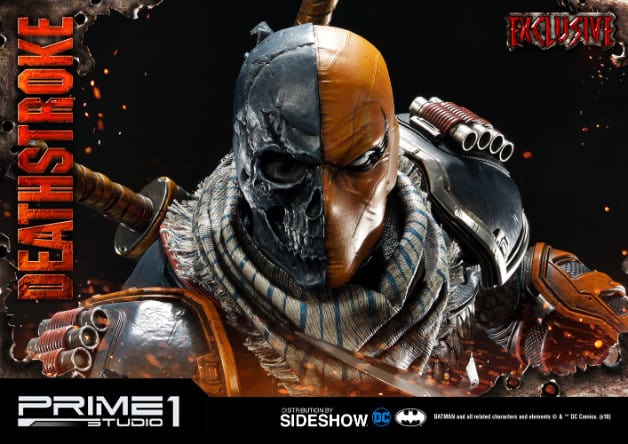 Will you be adding this statue to your collection? Comment below!

According to Geoff Johns, a “new version” of Deathstroke is expected to eventually appear on DC Universe’s Titans, here is the synopsis: