Writer Tom King is venturing into the Watchmen universe for DC Comics to explore a new conspiracy in the spin-off series Rorschach.

DC Comics announced a new series set in the same universe as Alan Moore’s critically acclaimed Watchmen is on its way later this year from Mister Miracle and Strange Adventures writer Tom King. The story was teased in a press release announcing Rorschach, with two assassins attempting to kill the first candidate opposing President Robert Redford. One of these would-be killers appears to be Rorschach himself, but since the 12-issue series takes place 35 years after the vigilante’s death at the end of Watchmen, who’s under the mask? The story will follow a detective who attempts to unravel the new mystery.

The release was accompanied by a statement from writer Tom King, who explains the series will be extremely political much like Alan Moore’s original book. Since Moore famously distanced himself from the franchise, it would be interesting to see if he gave his blessing on the new DC Comics series. King also revealed that the story isn’t necessarily about Rorschach himself, but more about what the characters say to the reader about themselves.

“Like the HBO Watchmen show and very much like the original ’86 Watchmen, this is a very political work. It’s an angry work. We’re so angry all the time now. We have to do something with that anger. It’s called Rorschach not because of the character Rorschach, but because what you see in these characters tells you more about yourself than about them.”

The 12-issue maxiseries from Tom King and Batman artist Jorge Fornés is set to arrive in comic stores and digitally on October 13. Take a look at the Rorschach cover below. 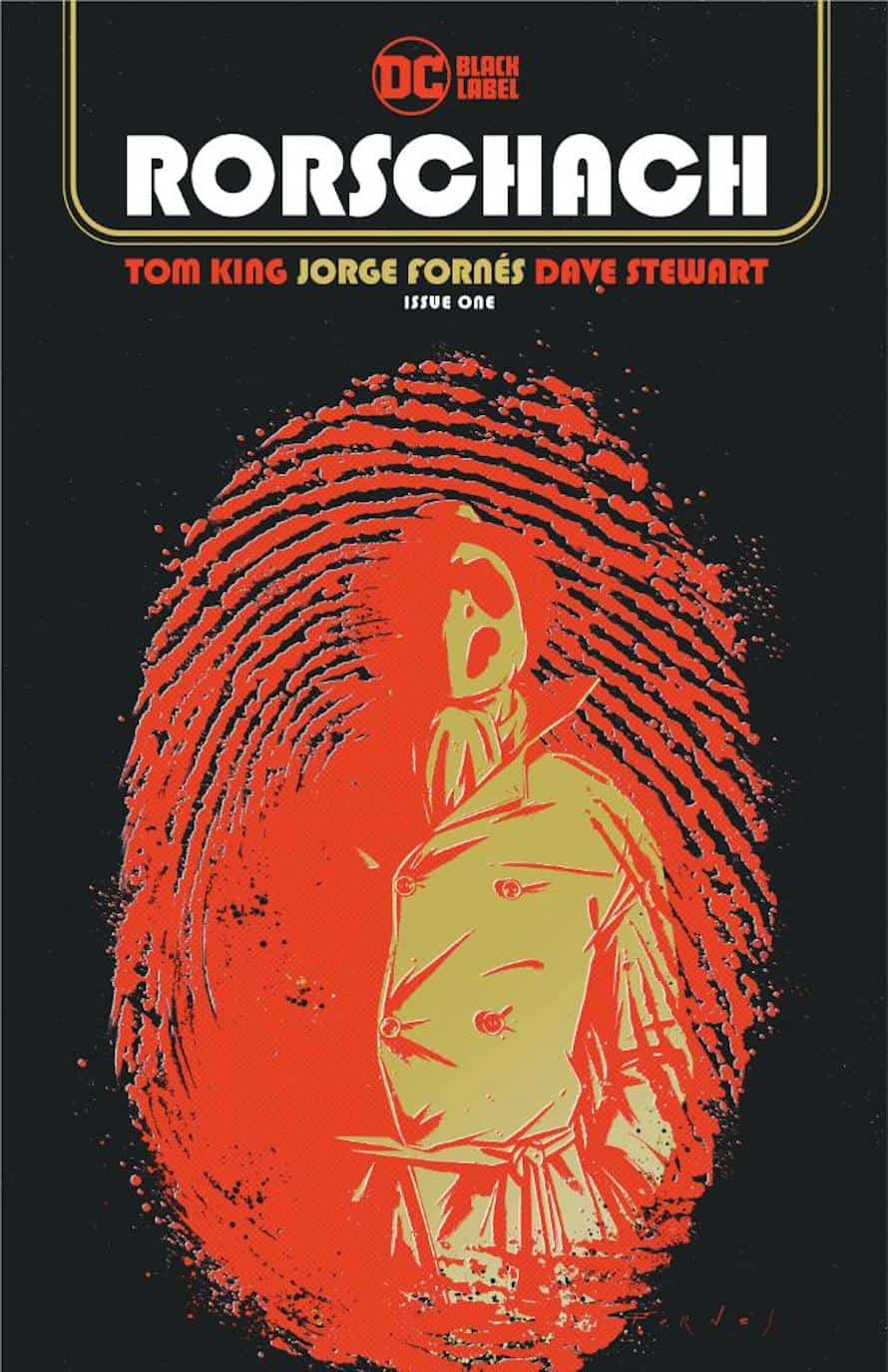 Are you excited to unravel Tom King’s new mystery in Rorschach? Do you think Walter Kovacs has been revived? Do you think Alan Moore is happy with the series? Sound-off in the comments!

Here is the official synopsis for Damon Lindelof’s Watchmen:

Watchmen aired on Sundays at 9:00 p.m. on HBO. Stay tuned for all the latest news on the future of the HBO show and be sure to subscribe to Heroic Hollywood’s YouTube channel for more video content.