Watchmen concept art reveals an early look at the design for Regina King’s Sister Night in the hit HBO series.

Speaking with Variety, King, along with costume designers Sharen Davis and Meghan Kasperlik opened up about the process that went into realizing the costumes worn by the show’s superheroes.

“When I received the script, there was a letter in the script,” King said. “And there’s an artist rendering of Sister Night with my face. I mean, I just got chills, just again, going back to that moment.” 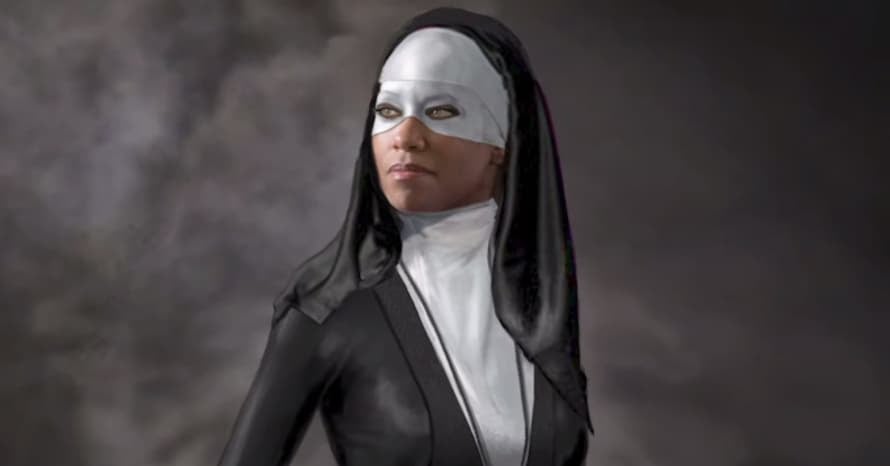 ‘Watchmen’ Writer Says HBO Show Is Not A Pro-Cop Series

Davis explained what it took in order to create each of the individual costumes for the series’ roster of unique superheroes.

“Every aspect of this show required a whole different mind thought,” said Davis. “Even the individual characters that were heroes, it was all different because all of them had a different backstory.”

Kasperlik explained that she had to look past the comic book source material to better understand who these people were based on the show’s setting of Tulsa, Oklahoma.

“I am not only looking at the history that is in the books, but what are they farming at that time period in the year, what are they eating, what they drinking, what is the lifestyle that they are living, the demographics…I really wanted to stay authentic to materials, but needed it to function,” Kasperlik said.

In addition, Kasperlik went on to add the importance of the superheroes’ costume only being altered slightly over the course of the series so that the iconography of the costumes remains both identifiable and intact.

“It’s really important, I think, to carry on in graphic novel form that the superheroes have pretty much the same costume throughout because that’s how the audience can instantly know who they are.”

HBO currently has no plans to renew its first-ever superhero drama, which explored themes of social injustice, as executive producer Damon Lindelof has confirmed he does not have any ideas for a second season of the hit series. As for King, the actress has gone on record to say she would only return for another outing as Sister Night should Lindelof return to produce the series as well.

Here is the official synopsis for Damon Lindelof’s Watchmen:

Watchmen aired on Sundays at 9:00 p.m. on HBO. Stay tuned for all the latest news on the future of the HBO show and be sure to subscribe to Heroic Hollywood’s YouTube channel for more video content.