Wonderland Restaurants has partnered with Warner Bros. Consumer Products and DC to launch Park Row, a restaurant experience inspired by superheroes such as Batman and Superman.

Named after the Park Row area of Gotham City where Bruce Wayne’s parents were murdered, propelling the billionaire on his journey towards becoming Batman, the venue will comprise of five restaurants and three bars with a total of 330 covers. Located in the art deco building that was used to be the home of Marco Pierre White’s Titanic restaurant, Park Row will open in Soho this summer.

James Bulmer, Chief Creative Officer of Wonderland Restaurants, made the following statement on the partnership with Warner Bros. and DC:

“We are delighted to partner with Warner Bros. to create their first immersive DC-inspired gastronomic restaurant experience found anywhere in the world. This is a project many years in the making, with every detail carefully thought out to deliver a unique experience for our guests. Trends in our sector are moving towards fun, immersive and experiential dining and our aim is to demonstrate this on a grand scale with exceptional food and drink to match. I am still a child at heart, inspired by the greatest stories and storytellers. For me, great food experiences are about unlocking guests’ emotions and creating edible memories.”

The immersive restaurant experience will feature designs inspired by elements from Batman comics, including a space called “Pennyworth’s,” where British sharing dishes will be served. Batman villains will also serve as inspirations, with The Penguin’s Iceberg Lounge that offers an international food menu with live entertainment, an omakase restaurant  inspired by Harley Quinn, and the Old Gotham City cocktail bar described as a “villainous speakeasy.”

Check out a concept of the DC restaurant The Iceberg Lounge below! 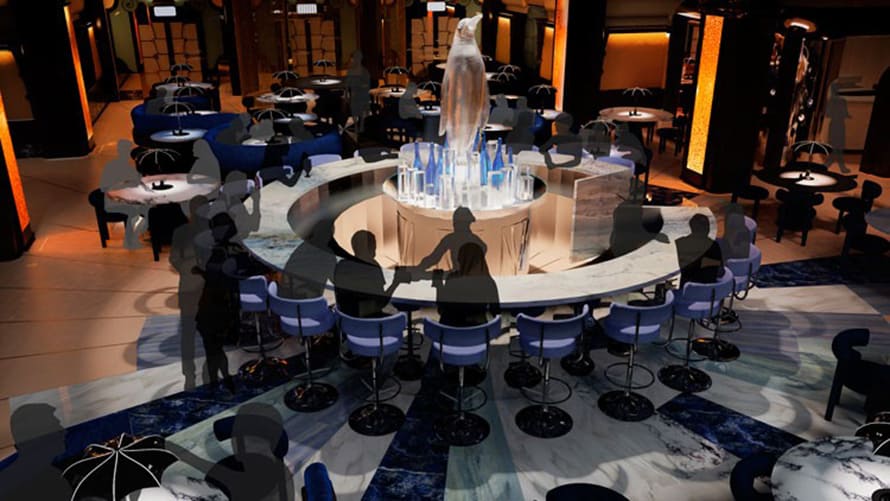 “Warner Bros. Consumer Products and DC have been integrally involved in the creative development of the concept, collaborating and contributing to Wonderland’s vision for this unique experience and expression of the DC brand. We are hugely excited to see the first immersive DC-inspired restaurant open here in London and wish the incredibly talented team at Wonderland and Park Row all the best for its launch.”

Would you be interested in visiting the Batman-themed restaurants at Park Row? Let us know below!