In general, Josh Brolin is quite a versatile actor. But within the realm of comic books, the actor wears a variety of hats. There’s Jonah Hex in the world of DC, Thanos in the Marvel Cinematic Universe, and Cable in the X-Men films. However, Jonah Hex wasn’t part of a cinematic universe, nor is the film talked about all that often, but still, Brolin has dipped into the DC, Fox, and Marvel Studios worlds of comic book adaptations at some point in his career. But speaking of Cable and Deadpool’s world, let’s stick with that for a moment before getting to Batman.

Yesterday, Rob Liefeld, the man behind characters like Deadpool and who has drawn Cable-related comics in the past, shared a video on his Instagram page of him drawing Josh Brolin not as Thanos, Jonah Hex, or Cable, but as the Dark Knight himself. In the video, you can see Liefeld working heavily on the face, the chin, and the mask in a post that he tagged #BrolinBatman and #thechin. And sure, while Batman currently has an actor in the form of Ben Affleck, one can at least envision it. Here, have a look at the drawing in the video below.

Not that there couldn’t be a way for this to come to light. After all, fans at this point in any comic universe can and have embraced the concept of the multiverse. With the Infinity Gauntlet, Thanos could pretty much do as he pleased, including turning himself into Batman. And like Deadpool said, the timelines are so confusing, so what could some time travel shenanigans hurt if Cable turned Josh Brolin into Batman in the same way that Deadpool killed Ryan Reynolds during the credits sequence of Deadpool 2?

Still, though, what would you think about the idea of Josh Brolin becoming Batman? On the off-chance that Matt Reeves inevitably did go for a different actor for the Dark Knight, could you see Josh Brolin in the role? Rob Liefeld seems to, but what about you? Let us know your thoughts on this in the comments below. 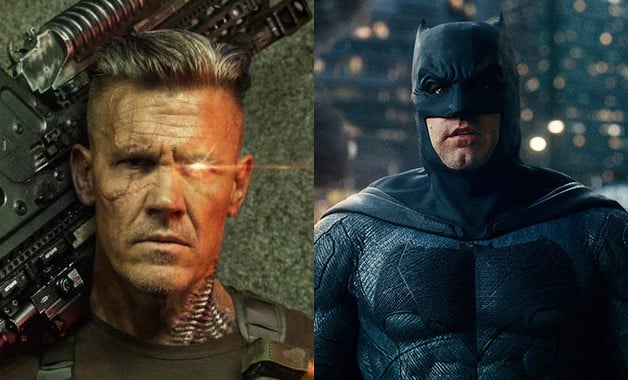