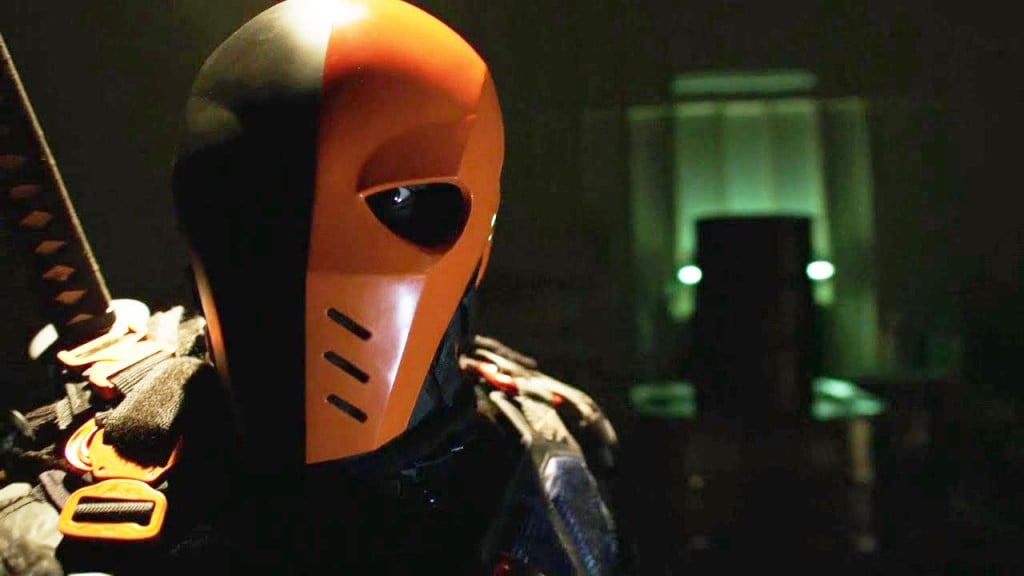 When Arrow first premiered on the CW, many critics wrote it off saying it was a watered down, less interesting television version of Christopher Nolan’s realistic Dark Knight trilogy. Fast forward five seasons later, and it looks as if roles may have reversed: Arrow may now be serving as inspiration for the next generation of Batman movies. It’s no secret that Manu Bennett absolutely killed it (sorry, Moira) during his run as Slade Wilson. Bennett brought Deathstroke to life in a way that was unmatched by any other comic television villain at the time. Most fans agree that Deathstroke the Terminator is the reason Arrow took off the way it did, and it’s no wonder that a lot of fans’ opinions of the show have declined since the end of his story-arc. Deathstroke raised the bar too high, and now Arrow is struggling to live up to itself. That, however, is a topic for another day and another editorial.

The main takeaway from the previous paragraph is that Deathstroke appearing so prominently on Arrow made the character extremely well known, and helped propel the show’s popularity to the point it was able to launch its own shared universe. Let’s go back to 2012 when the Arrow pilot aired, one year after Ryan Reynolds flopped as Green Lantern, and still almost an entire year away from WB’s newest endeavor: Man of Steel. Would Man of Steel start a new DC film universe? Would it connect with Arrow? Would it even be any good? At a time when DC’s movies were still trying to figure themselves out, Arrow was the only thing DC fans had (besides for the animated movies – big shout out to DC’s animated movies). But because of the awesomely entertaining conflict between Slade and Oliver, that was more than okay. Arrow didn’t just contribute to DC’s television success, it single handedly carried that success on its back until The Flash spun out of it and took over as the team MVP. At a time when Batman was on a hiatus, we had the next best thing: Oliver Queen.

When it was announced by TheWrap and Heroic Hollywood’s own Umberto Gonzalez that Deathstroke would be the main villain of the first Batman solo flick in the DC Extended Universe, my initial thought went right back to Arrow. As soon as I saw the test footage Ben Affleck posted to social media, my mind immediately went to Manu Bennett and Arrow‘s second season, and I instantaneously got more excited for Batfleck’s first solo flick. The more I thought about it, the more I thought that Affleck may have done that on purpose – with the intention of appealing to Arrow fans. From my time in the DC TV fandom, which now accounts for over two years of my life, I’ve learned that Arrow fans are some of the most loyal, excited, and vocal fans on the internet. One look at the Arrow Reddit back in 2013 would prove my point: Arrow fans are diehard. It’s the reason the show was able to spawn its own television universe without even meaning to in the first place.

Unfortunately, not all fans of Arrow and The Flash are fans of Batman v Superman: Dawn of Justice, Man of Steel, or Suicide Squad. Like I mentioned above, Arrow fans are vocal. If they don’t like something, they will let you know. I used to run a Facebook page devoted to ‘DC TV Universe’, and I can tell you from first hand experience there are a significant number of Arrow fans who do not like the DC movies we have been given. Thanks to the current state of both Arrow and the DCEU, now would be the perfect time to try and bring old-school Arrow fans over to the movie side. And what better way to do that than with Arrow fans’ favorite villain, Deathstroke?

Next Page: The Current State Of Arrow