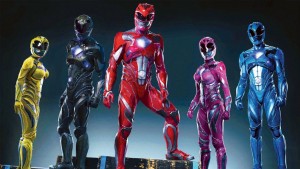 Dean Isrealite is a Power Rangers fan. When he decided to tackle 2017’s Power Rangers as his sophomore film, following his 2015 feature directorial debut Project Almanac, Isrealite knew people would have questions — including many fans like himself. That’s why the director decided to clear the air a little bit with an exclusive recent interview with Esquire, discussing not only his “grounded” take on the material, but also working with Bryan Cranston in his much-anticipated new role.

With 20 years past since the last Power Rangers theatrical film, Mighty Morphin Power Rangers, Isrealite wants to give the franchise the respect and attention he feels it deserves. That’s why he wanted to give it a “grounded nature” and a “character-driven” narrative, to ensure it’ll match with the expectations of today’s moviegoing audiences.

The director also talked a little bit about the new suits, as he revealed that they will be made “practically with Weta Workshop, with new cutting-edge tech.” Early stills (like the one above) suggest a bolder, slimmer and more sleek look for the morphing teenagers. Hopefully, that translates well on the big screen.

Isrealite also (hopefully) knows that moviegoers don’t want an adaptation that’s too serious, as that was perhaps the most fatal flaw with 2014’s Teenage Mutant Ninja Turtles — which was actually directed by his filmmaking cousin, Jonathan Liebesman. With that in mind, he assured that Cranston and Elizabeth Banks, as Zordon and Rita Repulsa, respectively, bring a little tongue-in-cheek flair to the production. Talking about Cranston specifically, he discussed working with the multiple Emmy-winning veteran:

Like everybody, [Cranston] was skeptical, but he saw a bunch of footage and got excited for the potential. I think it’ll be a thrill for fans to see what we’re doing with Zordon.

Well, that’s assuring. Of course, however, this isn’t Cranston’s first time in the franchise. We’ll have to see if Isrealite’s Power Rangers lives up to the hype (and Cranston’s last glorious appearance within that series) when it hits theaters on March 24, 2017.