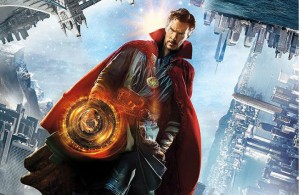 We’re 56 days away from Doctor Strange, and Marvel isn’t wasting any time promoting their latest. The trailers advertise a film unlike anything we’ve seen from the superhero studio prior, and the newest official poster, released by co-writer/director Scott Derrickson (Sinister) himself, the Disney-owned company continues to promise something a little against-the-grain. With magic finally incorporated into the MCU, Marvel wants audiences prepared for the craziness, and that’s exactly what they’re going to get.

In addition to this new poster, Australian theater chain Event Cinemas (via Slashfilm) quietly revealed its runtime. Doctor Strange clocks in at 130 minutes, making it longer than recent on-screen superhero origin stories like Deadpool (108 minutes), Ant-Man (117 minutes) and Suicide Squad (123 minutes), but shorter than Avengers: Age of Ultron (141 minutes), X-Men: Apocalypse (144 minutes), Captain America: Civil War (147 minutes) and Batman v Superman: Dawn of Justice (151 minutes), to name a handful. It’s just a little over that two-hour sweet spot, just like Suicide Squad, and there’s a good chance most of those last 10 minutes will be extensive credits, although any true Marvel fan would be foolish not to stick through them.

With the running time set firmly, that helps sink in the release. It’s coming. It’s finished, or at least damn well near it. It’ll screen in a theater near you soon — on November 4th, to be precise. Prepare yourself.

In the meantime, check out the new UK poster below. 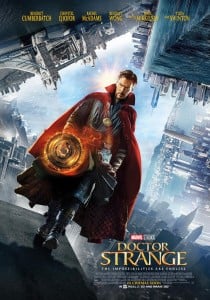 UPDATE: According to Derrickson, this reported run time is false.

that reported run time is false.