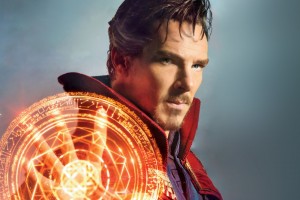 Whenever a new character, team or element is introduced into the Marvel Cinematic Universe, the first reaction among fans is usually excitement. The second reaction? Where were they during the previous potentially world ending cataclysms!? With the release of Doctor Strange just over a month away, fans are eagerly awaiting the introduction of magic and mysticism to the MCU. However, while fans may be excited to see the first live-action depiction of classic comic book characters such as Baron Mordo and The Ancient One, it does beg the question of why these characters haven’t intervened during previous battles where the fate of humanity was at stake. It’s easy to excuse a teenager like Peter Parker or street-level heroes like Daredevil and Jessica Jones from assisting in a fight against an army of aliens, but these sorcerers are supposed to be some of the most powerful people in the Marvel Cinematic Universe. What’s their excuse?

Now, during a set visit in January, Marvel Studios President Kevin Feige spoke with journalists on this exact issue:

So although it doesn’t necessarily come up, we’ve always assumed that the sorcerers have bigger fish to fry when they hear there’s something in a city  or there’s a bank being robbed. They’re not thinking about it. They’re thinking if we don’t keep vigilant our sense of reality will disappear, and there won’t be a bank to rob and there won’t be a city to be conquered.

This means that while Strange may have been confirmed to appear in the upcoming Avengers: Infinity War, fans shouldn’t expect Benedict Cumberbatch to lend a helping hand when The Kingpin or Hydra start stirring up trouble in their respective corners of the MCU. Instead The Sorcerer Supreme will only be stepping in once a threat and the stakes require his particular set of skills. Feige explains:

I don’t think he does a lot of hanging out, necessarily. No, he usually gets involved when – as I said, he’s not going to intervene in the bodega crime down the street. But as things get bigger and as threats get bigger he can serve a very good purpose and can make his presence known. 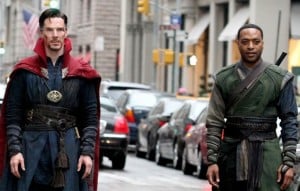 It’s hard to argue with Feige’s logic on this topic. While fans may call into question the whereabouts of certain heroes during a global crisis, establishing a corner of the universe for a hero or team of heroes to stake out in times of crisis only emphasizes one important point: When they finally all come together, the threat must be like nothing our heroes have faced before.